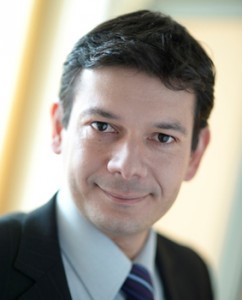 Nicoli succeeds Christophe Fremont, who is stepping down as leader of Solar Gard after 10 years to pursue other responsibilities within Saint-Gobain.

“Christophe has successfully grown Solar Gard over the last decade to become a major global player in the industry and has been instrumental in helping window film become recognized as a valid component of the building envelope and a legitimate construction product,” says Loïc Mahé, vice president of Saint-Gobain’s composites business.

Nicoli brings with him experience in operations and general management across multiple sectors of Saint-Gobain, including work with Glassolutions, focused on the next generation of glass and glazing innovation.

“I am very much looking forward to taking Solar Gard and window film to the next level of growth” says Nicoli. “Christophe built a tremendous platform and I am confident that with the dedicated team at Solar Gard and the synergies within Saint-Gobain, particularly Glassolutions, that we can reach new heights.”

This entry was posted in News, Today's News and tagged Saint-Gobain, Solar Gard. Bookmark the permalink.