A Family Thing at TGP

Being involved in a family business means you know the sacrifices needed to succeed better than most. 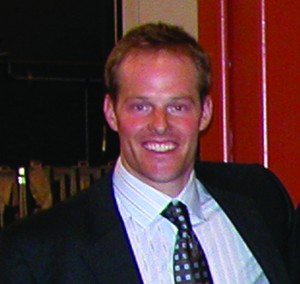 It’s a fact with which Jeff Razwick came to grips a long time ago. He was still a little boy when his father, Jerry, first opened Snoqualmie, Wash.-based Technical Glass Products (TGP) in 1976 and readily did whatever was necessary to get the company off the ground in order to become the successful fabricator of architectural glass and framing systems that it is today.

That sometimes even meant asking young Jeff to make do without the cartoons he loved to watch in the family TV room.

“I’d have to turn off the cartoons for him to make sales calls at home,” current company president Jeff Razwick, 37, says now. “I was a little guy, but [the business] was part of your family.”

By high school, Jeff Razwick was sweeping the floor at the TGP plant before going off to college and later earning an MBA. He returned briefly to TGP before leaving for other opportunities and eventually returning to where he started.

Now the head of the family business after succeeding his father in January, Jeff Razwick didn’t inherit the same kind of challenges his dad faced when first opening the company’s doors and then having to fight to keep them open. TGP is now a much bigger organization, complete with roughly 100 or so employees and proud of its standing as a leading glass fabricator.

As such, the son faces a whole new set of challenges, namely in the delicate balance of trying to maintain the company’s same family values while also dealing with the unique issues that arise with growth. Running a large business comes with different requirements such as making sure there is an effective management structure in place and understood processes on which the business can rely.

But Jeff Razwick says he plans on tackling them with the same time-honored principles of honesty, integrity and respect that first sustained the company when it began as a one-man operation run by his father.

“This is the company we are,” Jeff Razwick says.

Unlike a number of other family-run businesses, there were no problems in a smooth transition of power that had been meticulously planned in the few years prior. Jerry Razwick, now 69, can often still be found in the office, sharing his advice and wisdom with employees.

But not everything is exactly as it was when Jerry Razwick ran things. TGP branched out into unchartered territory earlier this year when it decided to bring the powder coating process in house for its steel products. The decision was made because steel has a different make-up than aluminum and, as a result, must be powder-coated rather than anodized. TGP had been outsourcing its powder coating, but concluded it would be more efficient to bring the process in-house.

The move effectively caps TGP’s transition from the sales-oriented company of 30 years ago to a manufacturing one, Jeff Razwick says.

Much like his own childhood, the family business has played a prominent role in the daily lives of Jeff Razwick’s two children as well. Just like it first did with Jeff Razwick and his father before him.

1 Response to A Family Thing at TGP