Despite the loss of 6,000 jobs, the nation’s construction industry unemployment rate dipped to 9.1 percent in July on a non-seasonally adjusted rate, according to the U.S. Labor Department’s Aug. 2 employment report. That number is down from 9.8 percent in June and well below the 12.3 percent from the same time last year. Overall, the construction labor force expanded from 8.08 million in July 2012 to 8.43 million in July 2013. 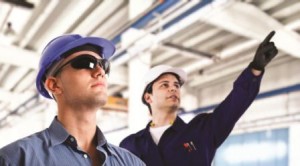 The figures came as additional welcome news to Rich Walker, the president and CEO of the American Architectural Manufacturers Association. He also cited a recent National Association of Manufacturers (NAM) economic report that showed noticeable improvements in the manufacturing sector in both June and July following little growth in the spring months.

Over the past 12 months, manufacturing production is up nearly two percent, Walker says.

“Manufacturing has played a large role in U.S. economic recovery, particularly in states like Wisconsin, Ohio and Alabama, where a high percentage of overall employment (more than 12 percent) is devoted to working for a manufacturer,” Walker says.

In regard to employment, manufacturing has played a large role in U.S. economic recovery, particularly in states like Wisconsin, Ohio and Alabama, where a high percentage of overall employment (more than 12 percent) is devoted to working for a manufacturer.

The news comes at the same time as the simultaneous release of related figures by the U.S. Census Bureau showing the nation’s builders continuing to struggle in the current economic environment. The recently released figures show that construction spending—which includes both nonresidential and residential sectors—was down 0.6 percent in June. However, spending was 3.3 percent higher than one year ago.

Nonresidential construction spending fell one percent in June and declined four percent during the past 12 months, with spending totaling $545.8 billion on a seasonally-adjusted, annualized basis.

Across all industries, the nation added 162,000 jobs, falling short of consensus expectations that were in the neighborhood of 183,000 jobs. The private sector expanded by 161,000 jobs and the public sector added 1,000 jobs. The national unemployment rate fell to 7.4 percent in July, down from 7.6 percent in June and 8.2 percent in July 2012.

Basu, however, attributes at least some of the drop in construction unemployment to people leaving the industry.

“The major source of construction employment loss was among nonresidential specialty trade contractors, which forfeited nearly 10,000 jobs in July,” he says. “This segment had been recovering nicely, but now appears to be feeling the effects of an economy growing at less than 2 percent.”

Overall, 10 of the 16 construction sectors posted spending losses for the month, with the largest decreases coming in conservation and development (minus 9.4 percent).