General Glass International (GGI), of Secaucus, N.J., on Thursday literally bought itself the added time it sought in its bid for the non-real estate assets of Blairsville, Pa.-based Dlubak Corp., which recently filed Chapter 11 bankruptcy. 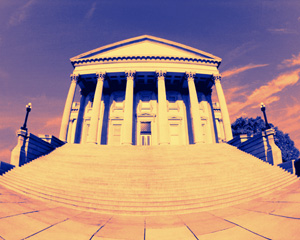 In upping its initial bid from $2.1 million to $2.2 million, GGI convinced First Commonwealth Bank that it was worth lending Dlubak Corp. the $300,000 the financially-troubled company said it needed to continue operating until the September 23 auction of the company’s non-real estate assets. That sale will include equipment and inventory, books and records, all intellectual property rights, all products in development and all cash, cash equivalents and accounts receivable.

GGI’s actions may have been what helped convince Judge Jeffrey A. Deller to delay the auction, which had originally been scheduled for September 3. GGI and other creditors had objected to the “accelerated” process, according to papers filed with the U.S. Bankruptcy Court of the Western District of Pennsylvania.

The latest developments were a setback to Grey Mountain Partners, which had reached a tentative “stalking horse” agreement of $2 million with Dlubak Corp. that was supposed to have helped the company keep its doors open. Deller’s decision to push the auction date back three weeks allows other potential bidders such as GGI and Oran Safety Glass (OSG) more time to get their finances together. GGI had hoped to have the auction pushed back until October 3, but will now have to be content with the extra time it did receive.

“If [the bidding] goes up high enough, it’s good for all creditors,” says Lawrence Bolla, the attorney for Curbell Plastics, the Chicago-based firm owed nearly $1 million by Dlubak Corp.

OSG, which is a Delaware-based subsidiary of OSG Israel, says it is a “likely” bidder of Dlubak Corp.’s assets, according to court documents filed on behalf of the company by attorney Stanley Levine.

Levine has declined comment on the case, as has GGI attorney Zakarij O. Thomas.

Unable to obtain credit anywhere, Dlubak Corp. had warned of “immediate and irreparable harm” to the business and its value unless the bank  provided it the additional funding necessary “to continue in business and remain a viable entity,” according to court papers filed by Steven Shreve, the Pennsylvania-based attorney representing Dlubak Corp.

Dlubak Corp. listed more than 200 creditors upon filing for bankruptcy on August 7, including PPG Industries, Quanex, Trulite, Intertek, Allmetal, Bayer, Bottero Inc., Bystronic, C.R. Laurence Co. and Glaston America Inc., among others. Curbell Plastics is easily the largest creditor, with Dlubak Corp. owing it more than $905,000 according to court records. The company’s estimated assets and estimated debts are both listed between $1 million and $10 million, according to court records.

1 Response to GGI Ups Its Bid For Dlubak Corp. Assets