The Syracuse Glass Company lost a valued member of its family and a giant in the glass industry with Monday’s passing of Jim Dwyer following a lengthy battle with a chronic lung condition. 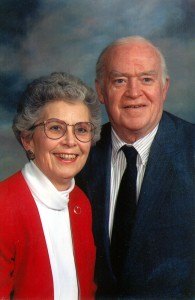 Dwyer first joined Syracuse Glass as a salesman in 1960 and played a pivotal role in the company’s decision to manufacture energy efficient insulating glass back in 1972. He later ran the company before working for their parent company at the time, Vega Industries. He, along with his wife, Kathleen, eventually bought Syracuse Glass in 1979.

His devotion to the company never waned.

“He had been struggling with his health, but it’s just a shock when it actually happens,” says John Dwyer, his son who is the current president of Syracuse Glass and a past president of the Glass Association of North America (GANA). “He did a lot of good work.”

The Dwyers were affectionately known as “Jim and Mrs. Dwyer” when they ran Syracuse Glass, with Jim handling the management and sales roles and Kathleen overseeing the accounts receivable.

The couple successfully navigated the company through good times and bad and set the standard for their children to follow.

“He was a great guy,” says Doug Nelson, the CEO at Brin Northwestern Glass and a close friend of Jim Dwyer’s for 30 years. “We always shared a lot of information between us and he was always willing to let you know what he thought and give you suggestions. He couldn’t have been a better guy.”

A wake for Jim Dwyer will be held Thursday at Our Lady of Lourdes Church in Syracuse, followed by a funeral mass on Friday at the same location. Syracuse Glass will be closed on Friday.

Jim Dwyer is survived by Kathleen, his wife of 55 years, their four surviving children and 10 grandchildren.

“I can’t say enough good things about him and his wife Kathleen,” Nelson says.

1 Response to Glass Industry Mourns the Loss of Jim Dwyer