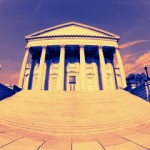 The caveat is that GGI says its offer is contingent on an October 3 deal auction that is well past the September 21 date set earlier by Judge Jeffrey A. Deller of the U.S. Bankruptcy Court of the Western District of Pennsylvania.

Making things more complicated is the fact that other bidders could also be jumping into the fray. Any deal will require final approval by the court.

“Maybe we’ll get something back and something back for the creditors involved, says Lawrence Bolla, the attorney for Curbell Plastics, the Chicago-based firm owed nearly $1 million by Dlubak Corp.

Steven Shreve, the Pennsylvania-based attorney representing Dlubak Corp., says he remains “hopeful” that a bidder will emerge to buy the company.

All parties involved in the case will reconvene in Pittsburgh on Thursday morning in the hopes of reaching an agreement. If no deal is reached, Deller could unilaterally render a decision on his own.

Yesterday’s hearing centered on the many objections raised to the bidding procedure for Dlubak Corp.’s assets. Both GGI and Oran Safety Glass (OSG) had objected to the case’s “accelerated” timeline, according to court papers filed by both companies.

Under terms of Grey Mountain’s proposed initial deal, Dlubak Corp. would sell all of its non-real estate assets to it for $2 million. The arrangement would include machinery, vehicles, computer hardware and furnishings. Also set to be included as part of an initially scheduled September 5 auction would be all equipment and inventory, books and records, all intellectual property rights, all products in development and all cash, cash equivalents and accounts receivable.

However, attorneys for both OSG and GGI filed objections with Deller, strongly disagreeing with the terms of the proposed. Deller heard their complaints about the expedited sale and ordered a delay of the auction until September 21.

OSG, which is a Delaware-based subsidiary of OSG Israel, says it is a “likely” bidder of Dlubak Corp.’s assets, according to court documents filed on behalf of the company by attorney Stanley Levine. OSG balked at having the proposed auction of Dlubak Corp. assets on September 5 or September 6 because of the Jewish holiday of Rosh Hashanah and at what it called an “accelerated” process.

The terms of the deal, Levine wrote, “deprive OSG of the opportunity to effectively conduct due diligence” and unfairly favor Grey Mountain Partners.

In court documents, GGI attorney Zakarij O. Thomas likewise called the proposed deal “lopsided in favor of Grey Mountain and detrimental to the maximization of value of estate assets.” Thomas declined to comment when reached by phone.

Dlubak Corp. listed more than 200 creditors upon filing for bankruptcy, including PPG Industries, Quanex, Trulite, Intertek, Allmetal, Bayer, Bottero Inc., Bystronic, C R Laurence Co. and Glaston America Inc., among others. Curbell Plastics is by far the biggest creditor, with Dlubak Corp. owing it more than $905,000 according to court records. The company’s estimated assets and estimated debts are both listed between $1 million and $10 million, according to court records.

Frank Dlubak attributed his company’s cash flow problems to a “substantial decrease” in sales in the three years prior to the petition filing, as well as general economic conditions and an industry-specific decline, according to court documents.