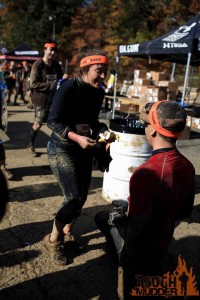 Mike Frett does things different from most and he takes great pride in being unique.

That mantra applies to the way he runs his southern New Jersey-based business, myglasstruck.com (MGT), every bit as much as his personal life as well. And both have turned out pretty well.

Frett, who can be found at GlassBuild America at Booth # 1911 in the Georgia World Congress Center (GWCC), is not only the sales director of a thriving business, but is also busy helping to plan his upcoming wedding next month.

It’s made for some busy days, but Frett says he wouldn’t have it any other way.

“I haven’t been stressed about the wedding yet,” he says. “I think once I get over GlassBuild, I’ll start feeling it and the rest will fall into place.”

Business has been good for Myglasstruck.com, which designs, manufactures and installs aluminum or steel glass and stone racks for vans, pick-ups, sprinters and trucks of all sizes, Frett says. The company continues to add to its community profile by raising money to fight cancer for the Central and South Jersey affiliates of the Susan G. Komen for the Cure by making a donation with every glass rack sold. Myglasstruck.com raised $3,000 at last year’s GlassBuild America show in Las Vegas for the cause and hopes to top that this week in Atlanta.

Frett says he takes great pride in the company’s efforts.

His personal life has been equally as enjoyable, as he and fiancée McKenzie Wells count down the days toward their pending October 19 nuptials. Frett proposed to his future bride nearly a year ago following the conclusion of a “Tough Mudder” race the two had just completed in Englishtown, N.J.

Exhausted, covered in mud and still cold from the icy waters and electrocution they’d just endured as part of the physically enduring 12-mile obstacle race, he dropped to one knee and asked Wells to marry him.

“It came out all muddy,” he says, “but the surprise was there and I got it all on camera. I completely caught her off-guard.”

That’s been Frett’s style along and it’s worked pretty well to date.