Charles Farver to Retire as Chair of Pella Corp. Board 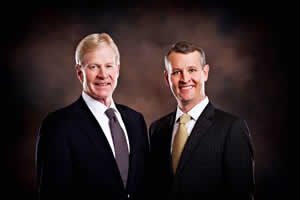 The chair of Pella Corp.’s board of directors, Charles (Charlie) Farver, will transition from board leadership when Adam Farver advances into the role. Shareholders of the privately-held company have named Adam Farver to become board chair in 2015, succeeding his father. Adam Farver is planned to serve as the board’s vice-chair, starting in May of 2014, to allow him to work alongside Charlie Farver in an officer role while Charlie continues to actively serve on the board.

Descendants of the company’s founder, the late Pete Kuyper, still own the company headquartered in Kuyper’s hometown of Pella, Iowa. Pete Kuyper was Charles Farver’s grandfather, and Adam’s great-grandfather. Joan Kuyper Farver, Pete’s daughter, remains as chair emeritus of the board.

“Charlie Farver has skillfully guided the board’s work since 1992, and we’re grateful for his dedicated leadership,” says Pella Corp. president and CEO Patrick J. Meyer. “Adam is an outstanding business person in his own right, who has served as a member of the board since 2010, and is well-prepared to lead the board to serve future generations.”

“Adam excelled at an extensive succession planning process focused on preparing him for his new leadership roles,” adds Charles Farver. We’re extremely proud that he’s the fourth generation of our family who will lead the board as chair in the future.”

“This company is home to me and I’m passionate about this business,” says Adam Farver. “My great-grandfather founded this company, and I’m honored to work alongside my father in the board transition to lead this exceptional organization as a privately-held company to serve future generations,” he said.

This entry was posted in News, Today's News and tagged Pella. Bookmark the permalink.