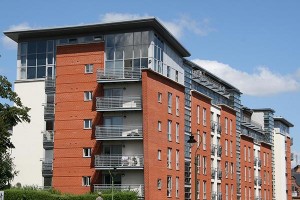 Multifamily construction spending saw a 4.4 percent increase from March to April and has jumped 31 percent from April 2013 to April 2014.

Construction spending has continued to edge up monthly through much of the first half of 2014. Despite uncertainty in sectors such as single-family homes and public construction, one category in particular has helped keep the momentum going: multifamily housing.

Construction industry economists, including the Associated General Contractors (AGC) of America’s chief economist Ken Simonson, have noted multifamily housing as a top prospect for 2014. Simonson has also reported he expects the upturn in the sector to last into 2015.

So far, his forecast appears to be on track.

According to recent analysis of new Census Bureau data by AGC, multifamily construction spending saw a 4.4 percent increase from March to April and has jumped 31 percent from April 2013 to April 2014.

“Demand for apartments appears to be very strong,” says Simonson, while cautioning that there are still “several warning signs about homebuilding.”

“We’ve had such a spike in business that we were no longer capable of supporting it with just the one facility,” Ochstein said. “We had to open a second factory just to service that portion of the business.”

Doers opened its second location in March, just five months after making the decision to do so. The company focuses on the wholesale and commercial side, while its partner company, New South Window Solutions, works on residential. Ochstein says Doers has been “staffing up more and more” to meet the increased demands in the multifamily sector, and he doesn’t see it stopping anytime soon.

“We’re not seeing any slow down at all,” he says. “From everything I’m hearing, in the next five to 10 years we’ll continue to see increased demand in that sector.”

He adds that a big reason for the spike is because so many jobs that were put on hold from 2008 to 2012 continue to open back up. According to Simonson, a more prominent “preference for urban living” of late has also added to the demand.

Northern Architectural Products president Bob Pecorella says he has seen a definite rise in the multifamily construction market, though the pace of the early parts of the projects has slowed noticeably.

“We have seen strong increases in mid- and high-rise multifamily and hotel commitments,” says Pecorella, “although we continue to see longer lead times in getting final approvals to move ahead.”