In 2015, Dash Door & Closer Service Inc. of Miami celebrates its 60th year of success in South Florida, but don’t expect these company employees to spend a lot of  time reminiscing. They’re far too busy for that.

“It’s been fun, but in the past seven years we’ve gotten our act together,” says COO Steven Sanko. “We’re moving away from what we thought we were.”

USGNN.com™ recently toured Dash Door’s small but bustling headquarters in Miami, where Sanko showed off some of the company’s products. 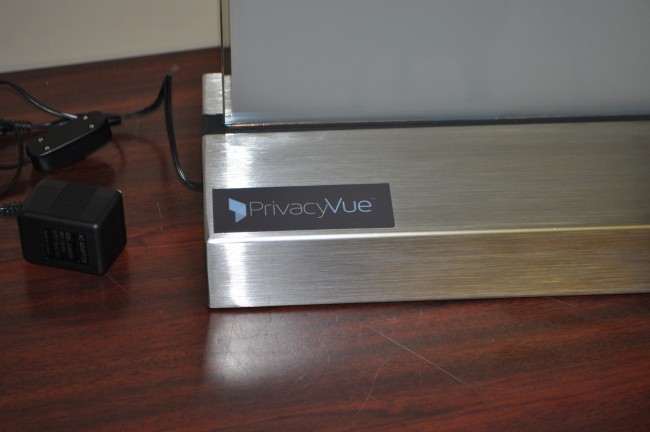 Sanko is especially pleased with PrivacyVue, a glazing system that features electrified, switchable glass that goes from clear to opaque with the push of a button. It’s available for commercial and residential use.

PrivacyVue is made of polymer-dispersed liquid crystals (PDLC) enclosed in electrically conductive indium tin oxide-coated PET film. In their natural (unelectrified) state, the PDLC droplets are opaque, but when an electric field is applied, they line up, making the glass transparent.

Sanko says Dash Door is exploring a potentially groundbreaking application for PrivacyVue that could be big in hurricane-prone South Florida.

“We’re looking at an insulated glass panel for impact,” he says. “No one’s ever done switchable glass in impact glass.”

The company is familiar with the impact field: On its website, Dash says it developed the only hurricane-impact, center-hung, in-swing automatic door that’s ever been tested and approved for use. It’s deployed exclusively at Miami International Airport (MIA).

Speaking of the airport, a huge part of Dash Door’s business is servicing all the automatic and security doors at MIA, which is a short drive from the company’s headquarters. Dash has worked there since the early 1960s, and it dispatches technicians “24/7” to the terminal, Sanko says. The company also holds a patent for the programmable logic controllers it developed for the airport’s door systems.

Sanko also embraces technology for other aspects of his business. For example, he’s upgraded the company’s software for quoting and estimating.

“The joke in our office is that ‘everything will be paperless in the future,’” Sanko says via e-mail. “Well, this year we are implementing a cloud-based work order, invoice and inventory GPS platform that links with our PR and online marketing.”

He’s also makes sure that Dash Door has a large and active presence on social media. Unlike many door and window companies (even some of the industry’s biggest), Dash updates its Twitter, Facebook and LinkedIn pages frequently, often with engaging and informative content that Sanko writes himself for the company’s website.