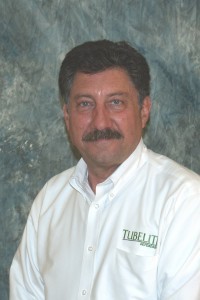 Thomas Edward Minnon, 63, of Derry, N.H., died Friday, May 15, 2015, surrounded by his family at Lahey Clinic in Burlington, Mass. He was diagnosed recently with lung cancer that was too advanced to cure. A respected leader in the glass industry, Minnon was an architectural specifications manager with Tubelite Inc., where he was employed the past four years.

Minnon joined Tubelite as a regional sales manager and was promoted in 2013 to serve as architectural specification manager. “Tom was a key driver in dramatically improving our specification presence in the architectural community,” says Mary Olivier, director of marketing at Tubelite. “Tom was passionate about the business and has given numerous educational seminars, keynote addresses at national, regional and local industry events.”

Along with delivering dozens of educational presentations each year, Minnon also authored industry articles and earned many professional accreditations including LEED Accredited Professional through the U.S. Green Building Council (USGBC) and Certified FenestrationMaster™ through the American Architectural Manufacturers Association (AAMA).

Olivier added, “He will be greatly missed.”

Minnon was born in Exeter on February 16, 1952, and was a son of the late William J. and Marie B. (Curran) Minnon. He was raised and educated in Exeter and was a graduate of Exeter High School. He attended Georgia Tech and New Hampshire Technical Institute.

He has been a resident of Derry for the past 14 years. He enjoyed being involved in the Derry community, was a past president of the Derry Energy and Environmental Committee as well as initiator of the local annual Junior Solar Sprint event. He loved to garden and was very proud of his koi pond. He will forever be remembered by his family and friends as “Mr. Fix-it.”

He is survived by his wife of 18 years, Hope (Johnston) Minnon; a son, Mark Minnon; two stepsons, Derek and Colin Cass; two brothers, Robert Minnon and wife Joan, and John Minnon; as well as six step-grandchildren; and many nieces and nephews. After cremation, an hour of visitation will be held 10 to 11 a.m., Saturday, May 30, in the Peabody Funeral Homes and Crematorium, 15 Birch St., Derry, followed by a celebration of his life at 11 a.m. His brother-in-law, Charles G. Banks, Esq., will conduct the memorial service.

Read the full obituary or share your condolences here.