CGA Hosts Annual General Meeting, Adds to Board of Directors 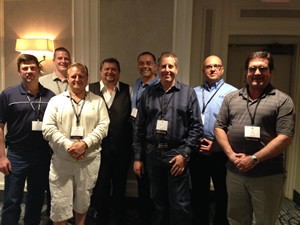 The CGA board of directors almost doubled its size during the association’s recent Annual General Meeting.

During the meeting, the association almost doubled the size of its board of directors, increasing from six to ten members.

The following representatives were named to the board of directors, listed with company name and the provincial association they represent:

The board also elected its officer for the next two years:

The CGA also announced the following developments for the association:

This entry was posted in News, Today's News and tagged Canadian Glass Association. Bookmark the permalink.