Every Thursday leading up to USGlass magazine’s 50th Anniversary celebration in August, USGNN.com™ is taking a look back at past issues and highlighting advertisements, stories and images that ran throughout the publication’s half-century life. This week, it’s back to the 1980s.

While Ford’s glass division is no longer in existence, the company was an architectural glass leader three decades ago.

In the August 1986 issue of USGlass magazine, Ford ran a two-page spread advertisement on its new (at the time) solar management product Sunglas Heat Reflective glass. The ad was written like a short story, called “The insulator that really was a window”—with illustrations and everything. 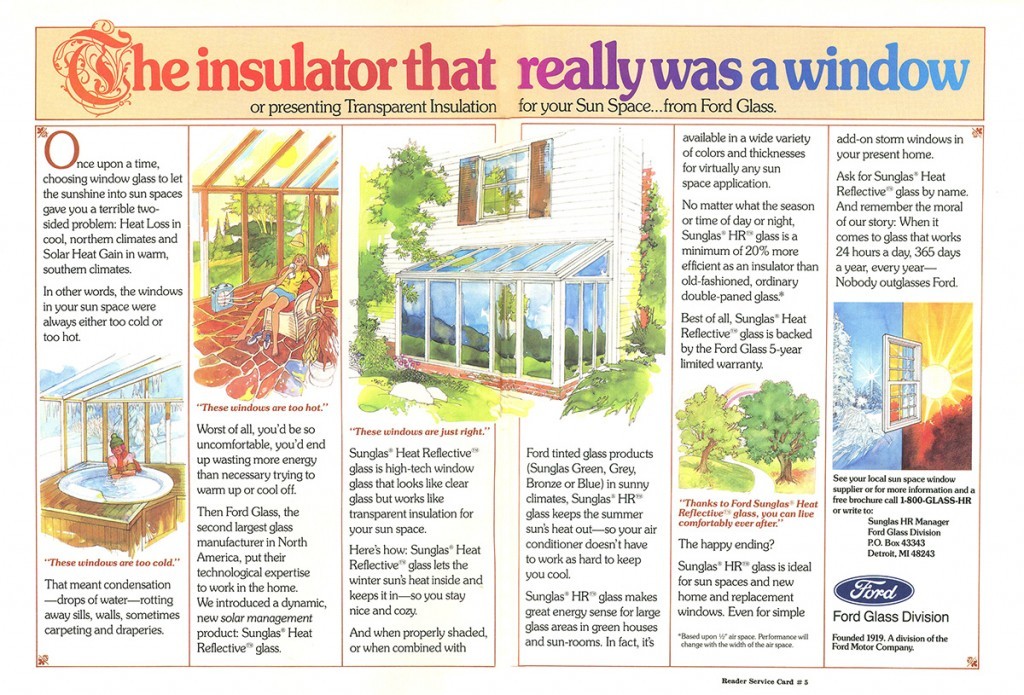 The concluding paragraph says it all: “… remember the moral of our story: When it comes to glass that works 24 hours a day, 365 days a year, every year—Nobody outglasses Ford.”

Since then, Ford’s glass business has bounced around a bit. After dealing with Visteon, Ford sold the business to Zeledyne, which soon shut down the architectural glass segment and later ceased production at its remaining plants.

What would you like to see in a future edition of Throwback Thursday? Leave your thoughts in the comment section, and we’ll see you next week.

This entry was posted in Today's News and tagged Ford, Throwback Thursday. Bookmark the permalink.