Inc. magazine recently released its 2015 list of the fastest growing private companies in America, and the glass and fenestration industries wouldn’t be left behind. A handful of industry-related businesses made the cut, including shower door companies, door and window manufacturers and others in the architectural glazing sphere. 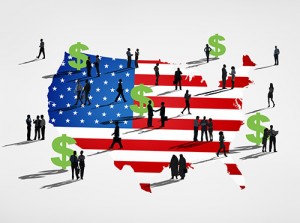 Western Window Systems, a door and window manufacturer that designs both commercial and residential systems, came in at No. 1474, having grown 279 percent over the last three years. The company recorded $45.1 million in revenue in 2014 and added 119 jobs. Located in Phoenix, Western Window employs 223 people.

Fort Myers, Fla.-based MY Shower Door ranked 2085th, with a three-year growth rate of 188 percent. MY Shower Door added 41 jobs last year, bringing its employee total to 63. The company brought in $9 million in revenue in 2014. Meanwhile, The Original Frameless Shower Doors also made the list with a ranking of 3043. It added 35 jobs and recorded $6.7 million in revenue last year, growing 115 percent over three years. The Coral Springs-based company employs 70 people.

Irving, Texas-based M3 Technologies, which manufactures shower doors, decorative glass and other architectural glass products, was ranked 4573rd on the list, growing at a rate of 56 percent. The company raked in $16 million in revenue in 2014 and employs 80 people.

Custom skylight, door and window manufacturer Solar Innovations, based in Pine Grove, Pa., was named the 4703rd fastest-growing company at a rate of 52 percent. Solar Innovations employs 155 people, having added 28 jobs in 2014. The company recorded $26 million in revenue that year.

Jamaica, N.Y.-based Adler Windows, which grew 148 percent over the last three years, ranked No. 2523. The company specializes in installing custom replacement doors and windows, including in those buildings with landmark designation. Adler added 33 jobs in 2014 and now employs 57 people. The company amassed $11.2 million in revenue last year.

Ranking No. 3721 was Window Genie, which specializes in tinting commercial glass, among other applications. The Cincinnati, Ohio-based company saw a growth rate of 83 percent and added four jobs last year. It employs eight people and brought in $3 million in revenue in 2014.

WTS Paradigm came in at No. 3951. The software company, based in Middleton, Wis., provides configuration, quoting and ordering technology for the fenestration industry, including manufacturers, dealers and distributors. It’s experienced 75 percent growth during the past three years, and its 2014 revenues were $17.4 million.