Last month, BNP Media asserted that a settlement with Oldcastle BuildingEnvelope® (OBE) stemming from a recently filed lawsuit was “more likely than not” within 30 days. It turns out the sides need more time to hash out the details. 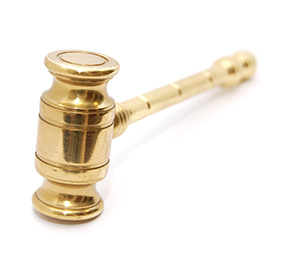 BNP Media, publisher of the magazine Building Envelope and buildingenvelopeonline.com, has motioned for a third deadline extension to respond to a lawsuit OBE recently filed against it in the United States District Court for the Northern District of Texas, Dallas Division.

“As noted in the prevision motion, BNP and [OBE] were engaged in on-going settlement talks to resolve this case,” the most recent motion reads. “These talks have continued to progress but it has become clear they cannot be concluded under the current extension.”

In May, OBE filed a complaint against BNP alleging trade name and trademark infringement and unfair competition for the publisher’s use of the term “Building Envelope,” according to court documents. Allegations also include BNP’s use of a similar color scheme and marketing brand that had been established by OBE, in addition to other claims.

[READ DETAILS OF THE LAWSUIT HERE]

Judge A. Joe Fish approved two previous motions for extensions, the second after BNP expressed confidence in the progress of settlement talks. BNP initially had until June 16 to respond to the complaint, but the company was granted a 30-day extension after filing a motion. The motion read, in part, that prior to the suit being filed, “BNP and Plaintiff had begun discussions seeking to resolve this dispute without the need for court intervention,” the motion reads. “In fact, BNP had already advised Plaintiff that, in the interest of being cooperative, it had unilaterally taken steps to change the color scheme associated with its marks to yet further distinguish them. Discussions between counsel are continuing, and BNP is hopeful that an agreement can be reached.”

BNP has requested that the response deadline be moved to September 16.