The judge in the Dlubak Corp. bankruptcy case has brought adversarial proceedings that had been ongoing over the past year to an end. 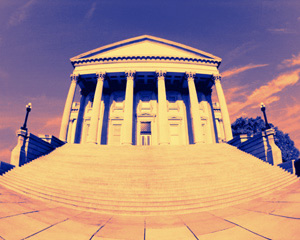 Dlubak Corp. filed for bankruptcy in August of 2013, and the committee of unsecured creditors in the case later filed complaints against multiple parties, including Frank C. and Ave Maria Dlubak, GreenHeat, GreenHeat Management, Global Ceramic Services, Dlubak Powder Coating and Dlubak Glass Co., alleging fraudulent and unauthorized transfers and attempting to recover funding from such. The proceedings are taking place in the Western District of Pennsylvania.

Earlier this month, Judge Jeffrey A. Deller filed orders approving both settlements in their entirety, as the court found they were “in the best interest of the estate and its creditors.”

The motion to approve the settlement asserted that “[n]othing herein shall be deemed or construed as an admission of wrongdoing or liability by the Plan Administrator, the Debtor, its Estate, or the Defendants.” Bolla, meanwhile, contended that the settlement is in the best interest of the parties based on valuation of the cost and benefit of ongoing litigation, and that “the risk outweighs the potential reward.”

Last year the committee filed a complaint “to avoid and recover fraudulent and unauthorized payments made to Dlubak Glass Co. for the benefit of Frank C. and Ave Maria Dlubak (the Dlubaks),” according to court documents. Bolla also named the Dlubaks as a defendant in a related complaint and had been in litigation with the parties since. Both defendants denied improper transfer allegations in separate answers.

Dlubak Specialty Glass, which is owned by Consolidated Glass Holdings, is a separate company and not a part of the bankruptcy proceedings or litigation.