Every Thursday, in conjunction with USGlass magazine’s 50th anniversary celebration, USGNN.com™ is taking a look back at past issues and highlighting advertisements, stories and images that ran throughout the publication’s half-century life. This week, it’s a glassy project by a former business.

In the 1983 November/December issue of USGlass, Ford Glass Division, then one of the top players in the architectural glass market, ran a full two-page spread featuring the recently completed (at the time) Arco Centre office complex in Long Beach, Calif.

The pair of 14-story buildings utilized 240,000 square-feet of Sunglas Reflective Bronze, one of the company’s 30 solar control glasses. The Luckman Partnership Inc. designed the building, and contract glazier Olson Glass handled the installation. 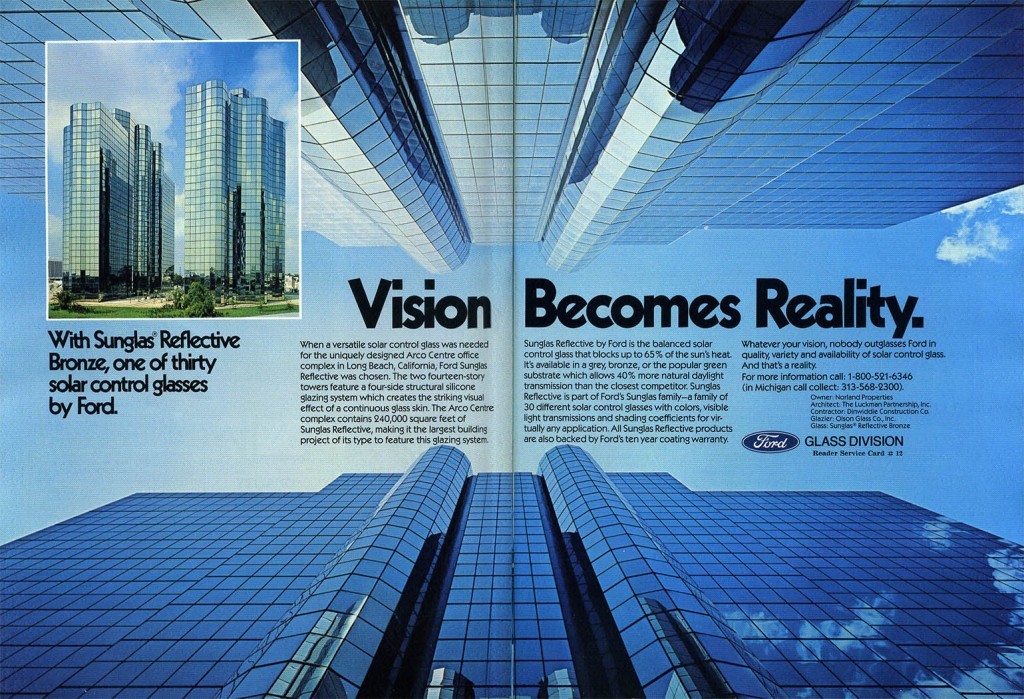 Three years later, Ford was still going strong in the industry and featured its Sunglas Heat Reflective glass in another USGlass spread, as seen here.

Since then, Ford’s glass business had dealings with Visteon, before selling the company to Zeledyne, which soon shut down the architectural glass segment and later ceased production at its remaining plants.

What do you think? What would you like to see in a future edition of Throwback Thursday? Leave your thoughts in the comment section, and we’ll see you next week.