For the construction industry, stricter building codes can be good or bad, depending on who you ask. In the case of Texas, the nation’s largest residential building market, they’ve succeeded in driving demand for higher-end products. 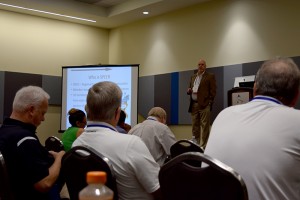 This was just some of the news that came out of Glass TEXpo™ 2016, held this past Friday and Saturday in San Antonio and co-sponsored by USGlass magazine and the Texas Glass Association.

In an early-morning session, Richard Morgan, energy codes manager for SPEER (an energy efficiency organization that serves Texas and Oklahoma), made clear how booming Texas is. While it may be no surprise that the state is the largest residential market in the nation, just how much larger may come as a surprise.

According to Morgan, the state is running at more than 100,000 building permits per year. When you compare that to the combined rate of California and Florida—the second and third largest residential markets—the Lone Star State alone still issues nearly 20,000 more annual permits.

All new construction must meet the building standards of climate zones 2, 3 or 4, which helps with upselling, Morgan explains, because higher-end products help meet the state’s stricter codes.

Meanwhile, commercial work isn’t far behind, as evidenced in the trade show that followed the seminars.

Michael Gainey of Ensinger, which exhibited at the show, said his company’s warm-edge spacers are in high demand.

“It’s all driven by the building codes,” he said. “People are [buying] more extrusion in Dallas and Houston, but Austin has the strictest building codes in the state. Some of this demand is local-government-driven.”

Lisa Li of PPG said she exhibited at Glass TEXpo™ 2016 to show off the company’s latest product Solarban 90.

“This is going to fit the Texas energy code really well because of its solar heat gain coefficient and visual light transmittance,” she said, which are .23 and 51 percent, respectively.

In the shower door market, Diego Almaraz of HMI Cardinal said his company’s high-end products are being shipped all over in Texas, particularly its semi-frameless doors. Almaraz said storefront demand is also big in the state.

Another factor that contributes to the demand for higher-end products in Texas are its hurricanes.

“It’s been awesome for the last 12 to 14 months,” he said, adding that when you sell a company on one product, others follow. For example, he’s recently been part of a deal to provide several Marriotts with storefronts as well as shower doors.

If you missed out on Glass TEXpo™ 2016, there is another regional glass show sponsored by USGlass coming up June 2-3—Glass Expo Pacific Northwest, held in Bellevue, Wash. (suburban Seattle).