The Senate approved a comprehensive energy bill on Wednesday that defines what technical assistance the Department of Energy (DOE) can provide in developing new model energy codes. It also ensures that certain products and technologies are not given preferential treatment. 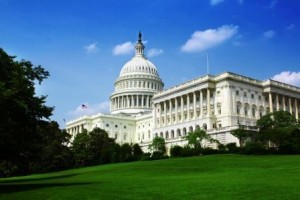 The Energy Policy Modernization Act (S. 2012) is “the first ambitious energy bill approved by the Senate in nearly a decade,” the Associated Press reports.

According to the Window and Door Manufacturers Association (WDMA), which pushed to get the legislation passed, the bill promotes the development of efficiency targets for buildings that strike the proper cost-benefit balance. This would ensure builders and home owners are not burdened by unreasonable regulations. It also would prevent DOE from supporting any code or standard change proposal that results in a payback period of more than ten years.

“WDMA member involvement and engagement with their lawmakers proved to be crucial in this effort,” says Michael O’Brien, WDMA president and CEO. “When the industry works together, we can achieve progress in the policymaking arena, even when faced with congressional gridlock. We would like to thank the sponsors of the legislation and all the industry representatives who contacted their senators.”

The bill includes an amendment directing the Federal Housing Administration (FHA) to incorporate energy efficiency savings from doors, windows and skylights when evaluating financial eligibility for an FHA-insured mortgage.

Wednesday’s vote came after the House of Representatives passed an energy bill last December (H.R. 8). That bill contains an amendment, which was not voted on by the Senate but is contained in the House version of the bill.

A conference committee will soon get to work on reconciling the House and Senate bills. Since the Senate did not include the building code language and the House did not include the FHA language, WDMA says it will continue to work with lawmakers to ensure both are included in the final version of the legislation.

Wednesday, the American Institute of Architects (AIA) pushed back at the act, which it says repeals targets for reducing fossil fuel consumption in federal buildings contained in Section 433 of the Energy Independence and Security Act of 2007.

“Cutting fossil fuel consumption in new and renovated federal buildings by 2030 is clearly something we can achieve as a nation,” says AIA president Russell Davidson “My fellow architects are already designing buildings that are ‘net zero’ consumers of energy. According to government statistics, better designed buildings have already saved our country approximately $560 billion in energy costs since 2005.
“… Therefore it makes no public policy sense for Congress to cave in to the oil and gas lobby and kill requirements to reduce fossil fuel consumption in federal buildings. As we have noted before, residential and commercial buildings account for almost 40 percent of both total U.S. energy consumption and carbon dioxide (CO2) emissions.”