A new metal fabricator for the glass and glazing industry has set up shop in the Midwest with big—and immediate—plans for growth. 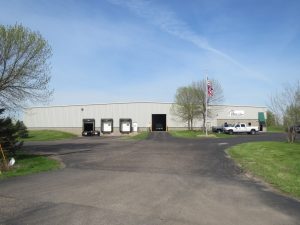 BellPro Architectural operates out of a 60,000 square-foot facility in Rogers, Minn.

His new Rogers, Minn.-based company operates from its 60,000 square-foot facility and held a grand opening ceremony last month to showcase its capabilities. Sales manager Joe Olson says that while BellPro is able to fabricate “almost anything”— from standard brake metal to complex assemblies—95 percent of its focus is on supporting the glass and glazing sector.

The company, which will do business across the country, already has large projects in the works in San Francisco, Chicago, New York, Miami and Arizona, among other areas, according to Bell.

He plans to do $4 million in business this year and hopes to double that to $8 million next year. “Within three years, we want to be a $12- to $15-million company,” he says.

Olson says BellPro will work with everyone from the large glazing contractors to “the mom and pop shop down the road.” “We’ll do everything from small commercial to large condos and high-rises,” he says. He adds that design-build, submittals and shop drawings will also be at the core of the business, as it is open to working directly with architects and project managers.

Bell says building and maintaining relationships is the company’s biggest focus. The strong connections he had already fostered over the past two decades, in fact, has allowed BellPro to hit the ground running.

“I’ve always had a good working relationship with my customers and have been dealing with them for more than 20 years,” he says, “The relationships have always been there, so [re-establishing that] wasn’t very difficult. It was just a matter of letting everybody know BellPro Architectural is open for business.”

Bell says BellPro currently has 12 employees and has been adding a new employee approximately every two weeks. He expects this pattern will continue as it takes on more work.