Italian Machinery Industry in the Positive

The Italian glass processing machinery, accessories and special products sector had another good year in 2015, according to information released by the association GIMAV.

Attendees of GIMAV’s general meeting on June 15 received a report on the state of the industry. 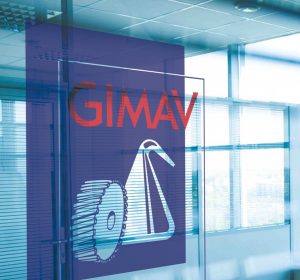 “The report signaled a new wave of optimism for everybody, demonstrating the strength of the sector despite the difficult economic situation,” a release from GIMAV reads. “The stronger positive trend was underlined by a pickup in the domestic market, which was more sustained for the flat glass sector. This good result accompanies a significant growth in exports, accounting for 80 percent of total sales. …It is the exports that lie behind the substance of this sector, which had already increased its sales at the very time when the recession was at its worst.”

The analysis shows a 58-percent increase in exports to NAFTA countries as a result of an uptick in the U.S. economy and a 73.3-percent increase in sales to Mexico. Meanwhile, the European Union remains the main export market for these products, which grew by 18.4 percent.

“As far as the non-EU countries are concerned, the most striking figure was definitely an increase in sales to Turkey, which topped the ranking of export markets,” the release reads. “By contrast, exports to Brazil and Russia took a nosedive due to the socio-political and economic instability of the former and the geo-strategic political crisis in the latter with the controversial international sanctions that have been adopted.”

International sales for machinery, products and accessories for flat glass processing rose by 5.4 percent. The United States were the main outlet, followed by Belgium, which was the leading importer in the EU, according to the report.

According to the report, the domestic market is also on the up as a result of economic incentives aimed at making Italian products more competitive on global markets.

“These measures are proving to be effective and Italian companies are updating their machinery and systems to top-notch levels, as is required of a country that is always in the forefront in this industry,” the release reads. “Estimates for 2016 are legitimately optimistic, especially for exports (which account for the largest share of company sales), and with the international situation expected to improve. The same favorable forecast on the domestic front comes from hopes that incentives for investments will be confirmed in the future.”