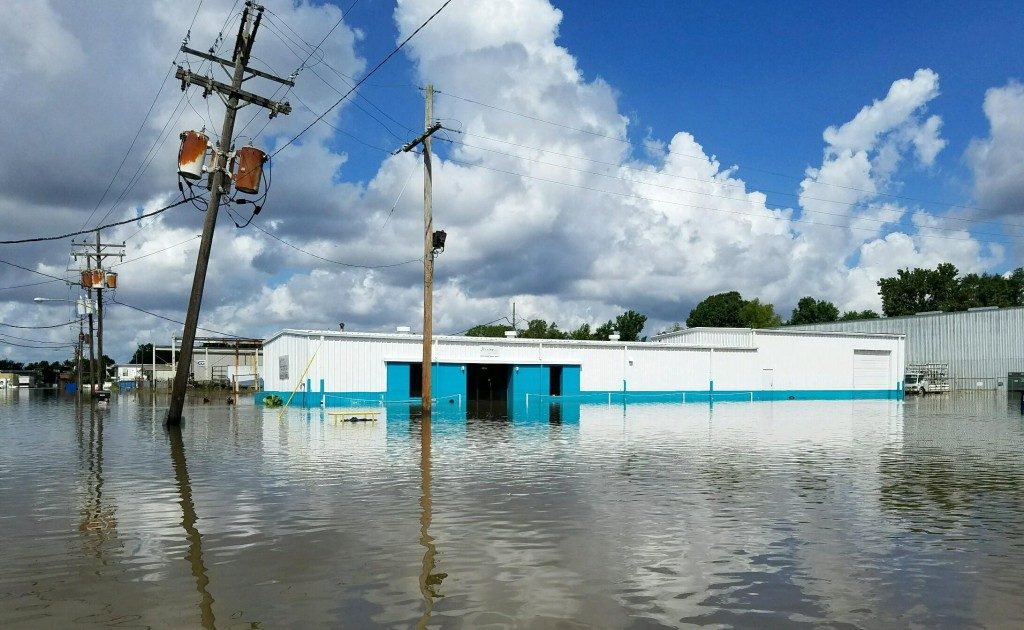 Baton Rouge-based fabricator ClearEdge lost virtually all of its equipment during the flooding in Louisiana.

Glass businesses in the Baton Rouge, La., area are trying to cope with substantial flooding that’s causing massive damage to homes and property. For companies such as ClearEdge Wholesale Glass, the results of the weather event were devastating on both a business and personal level.

The flooding dumped as much as two feet of rain on parts of Louisiana in an approximate 48-hour span. According to the National Weather Service’s Lower Mississippi River Forecast Center, it was the equivalent of a 1,000-year storm, the New Orleans Times-Picayune reports. 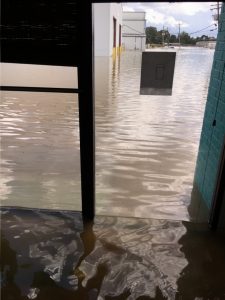 The flooding dumped as much as two feet of rain on parts of Louisiana in an approximate 48-hour span.

ClearEdge, a Baton Rouge-based glass fabricator that covers Louisiana, Mississippi and Alabama, took a huge blow, as its entire plant was flooded, some parts at least three feet high or more. “We lost everything except our trucks,” says owner Brian LaBorde. All of the company’s machinery was damaged, including its furnace, cutting line and edgers. Virtually all of its inventory can’t be recovered, though it plans to resume operations in whatever capacity it can.

The loss forced the company to lay off half of its 65 employees yesterday. LaBorde says this was especially painful given that a majority of his employees’ homes were affected by to the flood; some lost their houses and are currently living in shelters.

“We let them know we’re making every effort possible to be quick and aggressive to get back in business, service our customers and rehire them,” he says, adding that the company’s human resources manager is helping direct them to government assistance, including unemployment and FEMA.

The company started clean-up today, as the water just receded yesterday morning. “We have a crew of about 15 employees here, cleaning up, throwing things away and documenting damage for insurance reasons,” says LaBorde. He noted that the company is insured only for about a third of the losses, and it is not located in a designated “flood zone.” The company was able to recover very little of its product. He says all of its insulating glass is flooded and mirror is ruined. The only product that may be partially recoverable is fabricated heavy shower glass.

HHH Tempering, a vendor of ClearEdge, is visiting the plant to assess repair versus replacement cost of all the machinery. Meanwhile, LaBorde is working on an arrangement with another tempering plant to supply fabricated glass so ClearEdge can get back to delivering next week. 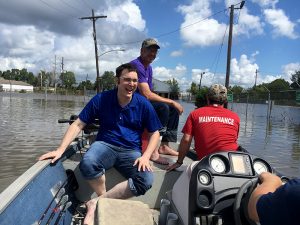 ClearEdge owner Brian LaBorde, pictured here in a boat outside facility, is trying to stay optimistic and insists his company will fully recover. “We’ve done it once with Katrina, and we’ll do it again.”

“Our trucks are fine,” he says. “Once I get glass, I can start selling something.”

He’s been contacted by local glass shops and other customers “giving condolences and offering any help they can provide,” and he says the best way they can help is to pay off their orders to provide some kind of cash flow.

ClearEdge opened its new plant in September 2014. LaBorde says it had been in the red from then until this June. The company turned a profit in June and July and was having its best month yet in August.

Despite the flooding devastation, LaBorde says he’s “absolutely confident” ClearEdge will fully bounce back. He was with ClearEdge’s parent company Standard Glass in New Orleans during Hurricane Katrina. That company grew and eventually birthed ClearEdge a few years later.

“We’ve done it once with Katrina, and we’ll do it again,” he says. “We’re better prepared this time, and we have some really great people around us.”

Janet Mosley of Baker, La.-based Baker Glass Works was putting in an application to FEMA when USGNN.com™ contacted her business Wednesday morning. “We’re basically hanging on by a thread,” she says.

She adds, “If I have something in stock, we can try to do it. But the phones aren’t ringing because everyone is dealing with the flooding.”

Baker covers as far as 150 miles out. “I’m not able to do anything unless I have glass,” says Mosley.

Jim Barrigan of Louisiana Glass says the Baton Rouge area was hit harder with this flood than Hurricane Katrina. While his house wasn’t affected and his business is fortunately located on an elevated piece of land, many of Louisiana Glass’ employees weren’t so lucky.

“A bunch of my glaziers’ homes have been sandbagged,” says Barrigan, adding that five or six of his 40 employees had their homes “completely wiped out.”

“It’s bad,” he says. “So many people have been affected.”

Barrigan expects his company to be fully up and running again tomorrow. It began receiving deliveries today—which it hadn’t been able to do since last week.

Weston Turner of Bengal Glass & Mirror, a full-service glass company in Baton Rouge, says the “drainage isn’t great” at his business, but “we’re doing fine over here. We didn’t see much water other than Friday.”

“All of our employees are okay,” he adds. “But a lot of our friends have been affected.”

Turner said in terms of mobility, “We’re trying not to go too far. There had been road closures until yesterday.”

The flooding will have a significant effect on residential work in the area.

“There are certain parishes down here where almost 70 percent of the houses are flooded,” says Jacob Roland of Window World Baton Rouge. “It’s a pretty big mess.”

Roland says he’s seen houses near Window World’s offices that are under water up to the second story.

“It’s going to keep us busy,” Roland says. “We’re going to be slammed. We’ve dealt with this before. We’ve been around since before Hurricane Katrina. We’ve had a lot of storms come through, and we’re able to handle it…We have 20 installation crews running at the moment.”

At least 11 people have died in the flooding, according to the Times-Picayune. Twenty parishes in Louisiana have been declared disaster areas, and more could join the list.

“It could be months of recovery,” says Barrigan. “With so many homes ruined, people have nowhere to go.”