Banner Glass has filed for Chapter 11 bankruptcy in the U.S. Federal District Court of Maryland. Its assets will go up for auction via Tiger Capital Group’s Commercial and Industrial division. 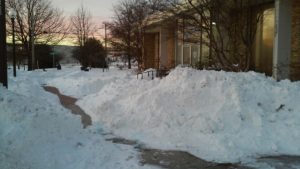 It has an estimated 200-999 creditors and assets of an estimated $500,001 to $1 million, according to the bankruptcy filing. Its liabilities are estimated as the same as the company’s assets.

Banner Glass owes $74,590 for leases, according to the filing.

The company lists its additional top unsecured creditors including:

“Prior to the bankruptcy petition date, the debtor experienced significant financial issues,” according to the court filing. “As a result, the debtor was unable to continue to pay wages, suppliers and vendors and consequently, unable to continue as a going concern. The debtor, in its business judgment, determined that it was in the best interests of its estate, creditors and parties-in-interest to liquidate the debtor’s assets and wind-down the debtor’s affairs in an orderly process under Chapter 11 of the Bankruptcy Code.”

For a full list of assets available for auction, click here to read the bankruptcy document. Online bidding will commence September 13 at www.SoldTiger.com.

This entry was posted in Today's News and tagged bankruptcy, Banner Glass. Bookmark the permalink.