Drones for Construction: What You Should Know

The use of drones in construction has quickly made its way from concept to reality in recent years. With rapidly evolving technologies and the government’s response to their adoption, industry members shouldn’t be learning the dos and don’ts on the fly.

That was the message from construction lawyer Trent Cotney during a recent presentation at the “Best of Success” conference.

“Less than a month ago, the law was completely different. That’s how fast things are changing,” he said. “And I guarantee you six month from now, the law will change again. So it’s something you want to constantly keep up with.” He said that 20 years ago, drones were nothing more than RC vehicles. “The drones being used today are much different … these are no longer just toys.” 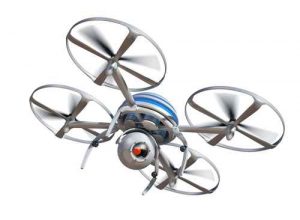 A potential use of drones in the glass and glazing industry is during the installation phase. Workers on-site can use them to monitor progress, identify issues and inspect quality without having to physically elevate up many stories.

Cotney discussed other primary ways drones are used in construction, and these could apply to the glass and glazing industry from a retrofit perspective. One primary application is for sales and marketing purposes.

Managers bidding on a job can go on site with the customer and fly a drone up to the application in question to further examine and discuss their scope of the work. “Better yet, you can provide that video footage or photographic evidence and make it part of your proposal,” he said.

Cotney has also seen subcontractors use drones for estimating to identify “something very specific” that could alter price or the scope of work. The third use he noted was safety, as problem areas can be identified well in advance and taken into consideration before getting involved with or beginning the job.

He later discussed the federal government’s efforts in recent years to regulate commercial drone usage, noting that the first couple attempts “fell flat.” He says the application process wasn’t streamlined and the average wait time to get authorized was six months long. “The government said, ‘This isn’t working,’” he said.

The federal government, however, recently proposed and put into effect new rules for “non-hobbyist small unmanned aircraft (UAS) operations” at the end of August, and he briefed attendees on some of the key points of the rules. The rules are under Part 107 of the Federal Aviation Regulations.

To start, the drone in use must weigh less than 55 pounds. “What’s interesting is that drone manufacturers are also trying to keep up with regulations,” said Cotney.

The drone also cannot fly higher than 400 feet in the air, and it can’t leave the operator’s visual line of sight. This means a second person is needed as an operator if, for example, they want to use goggles to monitor the drone.

Other rules important to consider, he says, are that the operator can’t fly over people unless they’ve consented to the inspection process, they can’t fly at night and can’t operate the drone from a moving vehicle.

Prior to operation, the drone requires a pre-flight inspection. “This is to make sure everything is secure and that the drone is operating exactly as it should before putting it up in the air,” he said.

Cotney then explained key liabilities and precautions to consider when using drones for construction. “I have concerns with the use of drones for a variety of reasons,” he said. “There are things you want to think about contractually.”

“What kinds of things could happen with drone usage? Well, it could hit the property or someone else, or a power line—all different kinds of things can happen,” he said. “That’s why you’ve got to think about it from a liability standpoint.”

Cotney concluded with a look ahead to the next five to ten years, noting that drones could even be used to actually physically move or remove elements on the building.

“This is why I think it’s important as an industry that we’re involved in the regulations,” he said.

1 Response to Drones for Construction: What You Should Know