A Look at the Updated Safety Glove Cut Standards

Personal protective equipment (PPE) is a crucial aspect of safety in the glass and glazing industry, particularly regarding cut resistance. In 2016, the American National Standards Institute (ANSI) and International Safety Equipment Association (ISEA) released new cut standards for safety gloves, a key component of PPE for the industry.

Eric Goddard, technical service engineer at DSM Dyneema, recently made a webinar presentation about what the updates mean. He explained that the new standards were developed in part to consolidate testing methods and eliminate previous gaps in cut levels. 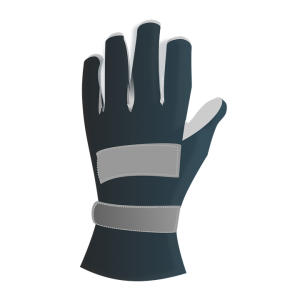 Testing under the North American standard must now be done with one device—the TDM—which will eliminate variable data across multiple machines. The new standard also changes the scale of cut-resistance levels.

“The old scale was based on multiple test methods and only five lives of cut resistance,” said Goddard. The new version, he said, “brings more clarity,” as it has nine levels: A1 through A9. During a question-and-answer segment later in the presentation, he said a glove that was previously rated A5 could now be anywhere from A4 to A9.

The updated North American standard is also a step closer to establishing more uniform requirements worldwide. The test method and machine required in the ANSI/ISEA version is now the same as what is used in the EN 388 standard, which is applied in Europe and other parts of the world.

Goddard said that while he doesn’t expect a single uniform standard to come out any time soon, “this is a big step forward.”

A key difference between the ASTM/ISEA and EN standards, however, is enforcement. Because of that, manufacturers and contractors in the glass and glazing industry should be diligent about confirming their PPE equipment meets certain testing criteria.

“In the U.S. and North American market, there’s not as much regulation on how you label or mark a product, compared to Europe,” he said. “In the U.S., there is no regulating body. So one of the key things I suggest to an end user, glove company or safety professional is to ask the company trying to sell you the product, or the company you’re competing against, what the cut level is. I want to see that A1, A2, A3 on the back of the glove or in the documentation that comes with it. That’s how to know they’re using the new standard, and what machine or method is being used.”

Goddard was also asked during the question-and-answer portion how washing a glove can affect cut resistance and therefore the level it meets.

“There’s really no straightforward answer,” he said. “A lot of gloves will shrink, and shrinking makes that area bulkier and thicker, so if you go back and test it, it may have a higher resistance.” He added that if the cleaning instructions that came with the glove are properly followed, and it hasn’t been overly worn, the cut resistance shouldn’t be negatively impacted.