Owners and general contractors may see a more urgent need for risk evaluation and mitigation measures than trade contractors, due to their more frequent involvement in claims. However, according to a new report from Dodge Data & Analytics, trade contractors, such as contract glaziers, deal with their fair share of disputes and are an important segment in mitigating risk in projects. 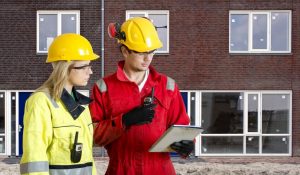 Sixty percent of trade contractor respondents in Dodge’s “Managing Risk in the Construction Industry” report say they have experienced a dispute or claim in the last ­five years. “[With this], industry efforts to engage the trades in greater risk mitigation awareness and adoption may be necessary to improve the effectiveness of the industry as a whole,” the report reads.

Concerns about the cost impact of general contractor default, termination or failure are also notable for trade contractors, according to the report.

However, respondents reported that warranty issues loom largest over the smallest projects.

Construction defect claims are reported most frequently by contractors doing multifamily projects, and by a high margin compared to other segments.

“This sector has a reputation for being particularly litigious, which these ­findings bear out,” the report reads. “Given the unusually high volume of multifamily projects started in the last three or four years (according to the Dodge database of project starts), this may have influenced the frequency with which those claims are reported in this study.”

Education is the next highest type of project in terms of construction defect claims. Project types in which claims due to construction defects are least frequently reported include offi­ce, healthcare, retail, airports and tunnels.

“Many in the construction industry see the struggle over these kinds of contractual clauses to be a cause for inefficiency in the industry, and some see potential in performance-based contracting to help projects run more efficiently,” the report reads. “However, a long-standing status quo of using contracts as a means of limiting liability exposure makes this transition slow.”

According to the survey, small contractors (those with less than $50 million in annual revenues) are less concerned about contractual risks than larger contractors.

The highest percentage of respondents concerned about payment delays are trade contractors (25 percent). General contractors were moderately concerned (19 percent), and almost no owners considered this a high risk to their projects.

“The further down the chain of payment a respondent is, the more likely they are to consider this a serious risk,” Dodge reports. “… Trade contractors are unique in their high level of concern about delays in payment. As the last to get paid on a project, they may have to capitalize a project for weeks or even months, limiting their overall capacity to do work or causing them to risk overextending themselves.”

The report claims that these and many other concerns across all parties of the project team can be minimized with early and frequent collaboration. To view the full report, click here.