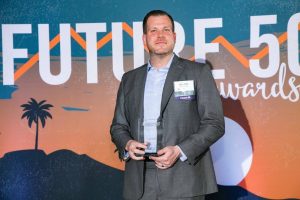 Adler Windows recently was named a Future 50 Award winner by SmartCEO. Fifty mid-sized companies were honored, based on a three-year average of revenue and employee numbers.

“We have grown by over 600 percent, [and] we have gone from 13 employees to more than 90 throughout the last nine years,” says company president Ross Adler. “That growth for us is a function of one, having a culture that allows us to recruit, train and retain the very best talent in the industry and two, developing and implementing the systems and procedures that enable that talent to flourish.”

This is the third big award for Adler Windows throughout the last 12 months. The company made the Inc. 5000 list of America’s Fastest Growing Privately Owned Companies for the third consecutive year in the summer of 2016, and in December Adler Windows ranked at number 21 on Crain’s “2016 Best Places to Work in NYC.”