Public-domain activist Carl Malamud suffered another legal setback last week when a federal judge ruled that the state of Georgia can copyright annotations to its state code, which includes many sections related to the construction and glazing industry. It also said Public.Resource.org, Malamud’s organization, can’t post those annotations on its website without permission. 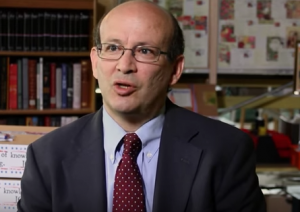 The Georgia lawsuit, filed in June 2015, claims that making the annotated code available online for free violates copyright law. The annotated code is more comprehensive than the basic code, which carries no copyright restrictions. It includes summaries of cases and legal opinions interpreting the law. The annotated version costs up to $378 to download from Lexis Nexis, according to Engadget. The state had argued that the annotations are original works protected by copyright. Malamud countersued in September 2015, arguing that laws can’t be copyrighted and that people need unfettered access to government edicts that they’re forced to obey, such as building codes.

Last month, U.S. District Judge Richard Story of the Northern District of Georgia ruled that the annotations are protected. He said they require a lot of time and effort and should be considered original works, which means they’re subject to intellectual-property laws.

“The selection, writing, editing, statutory commentary, and creativity of the annotations requires skill and analysis in reviewing a wealth of materials and drafting original materials to inform and educate users about courts and agencies applying the Georgia code and their citation in third party materials,” Story wrote in his decision. “The creation of the annotations requires a tremendous amount of work from a team of editors. These efforts confirm that the notations are original works entitled to broad copyright protection.”

Malamud said in an email to the Associated Press that his organization is appealing the ruling.

In February, the U.S. District Court for the District of Columbia ruled that Malamud’s organization violated copyright law by publicly sharing technical standards that are used in laws such as building codes. It also said organizations that develop standards, including those used in the fenestration industry, have the right to charge reasonable fees to access them.

The court ruled in favor of ASTM International, the American Society of Heating, Refrigerating and Air-Conditioning Engineers (ASHRAE) and the National Fire Protection Association (NFPA), which had originally sued Public.Resource.Org for copyright infringement in August 2013.  It ordered Malamud’s group to take down thousands of pages of technical standards it has posted online and barred the organization from sharing any more.

At the time, Malamud told USGNN.com™ that he’ll be appealing that ruling as well.