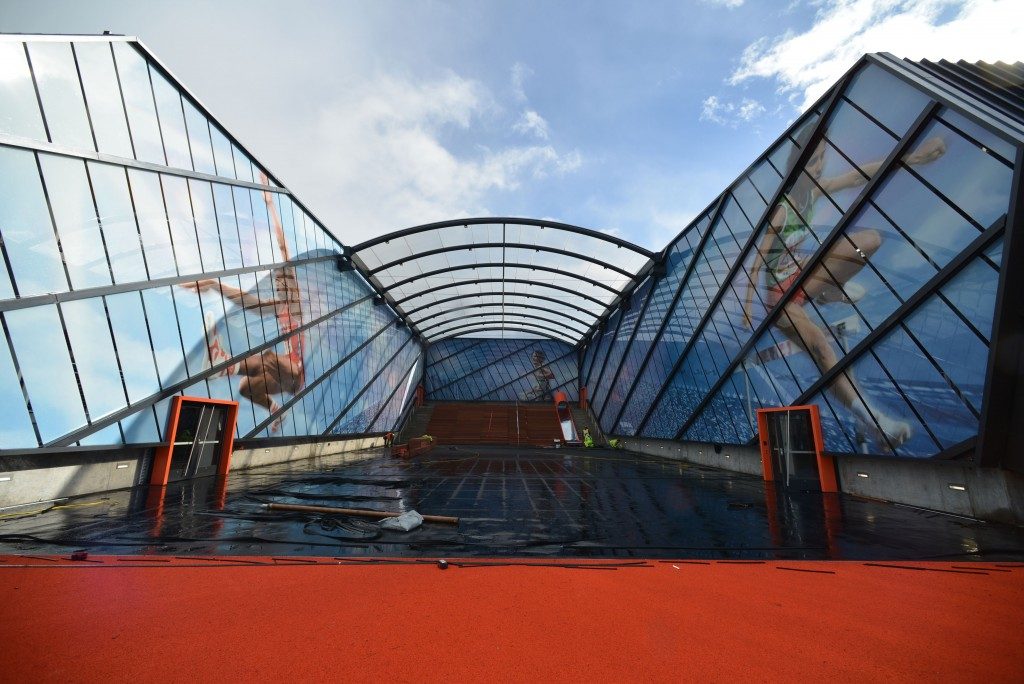 Nike is at it again. With glass, that is.

The multinational footwear and athletic apparel giant has taken a liking to the building material, particularly due to its capabilities in large-scale decorative and art applications.

This was evident at the Marcus Mariota Sports Performance Center, where Nike co-founder Phil Knight and his wife, Penny, funded a major renovation of the University of Oregon’s sports and wellness facility. The project was highlighted by more than 15,000 square feet of interior glass—much of which features direct printing, etching and back-painting. 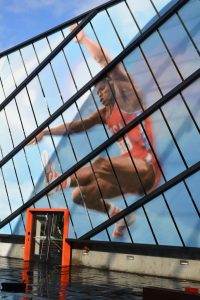 Knight and his company have now upped the ante at the Nike World Headquarters campus in Beaverton, Ore., where the facility’s new garage structure dons nearly 500 lites of printed laminated glass, making up three large mural walls depicting stars of the 1984 Summer Olympics. Sandy, Ore.-based Moon Shadow Glass was the fabricator. The project was designed by SRG Partnership out of Portland, and the glass was installed by Encore Glass, based in Salem, Ore.

The majority of the rectangle lites are 36 inches wide by 107 inches tall. However, because all of the panels are set at an angle, many at the top, bottom and ends of the walls consist of a variety of shapes and sizes. Moon Shadow direct printed and laminated the mural images to the glass during fabrication.

“One of the main challenges of the project was making sure all of the shaped pieces fit together in a straight line … they’re all at a 27-degree angle,” says Kris Iverson, marketing and creative director at Moon Shadow. “And a lot of the panels are square, but they’re set at an angle, and all the artwork had to line up with a three-inch gap.”

Additionally, shapes had to be cut out of some of the lites near the top of the walls to accommodate for drainage pipes, and the structure holding the glass had to be reinforced. 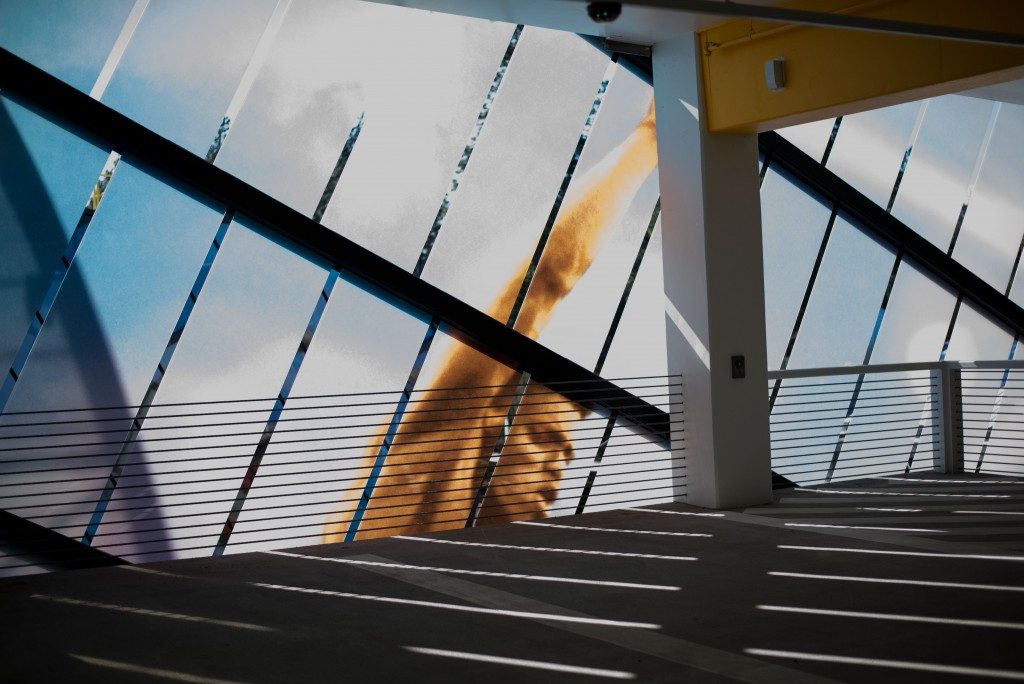 The fabricator leaned on its experience with the Oregon sports and wellness facility to complete the headquarters garage project efficiently, as the two used the same processes. Iverson says Moon Shadow was able to reduce the time it took to prepare each lite of glass for lamination by about half. 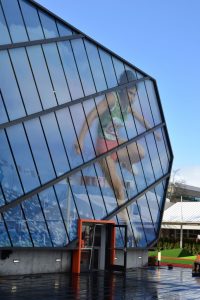 Moon Shadow began its involvement in the project in March 2016, working with the designer to determine what would and wouldn’t work. Iverson says one image file for the mural was larger than 24 gigabytes. “Working with that huge of a file size is a little bit of a challenge,” he says. “We had to buy a special computer to handle the project.”

It began producing the panels in October and shipped out the last lite in January. Logistics were critical, as Moon Shadow had to ensure Encore knew exactly which lites and pieces to the mural walls were being delivered each time to keep the process moving smoothly.

The project was completed in early 2017. More new structures are being built on the campus this year, some of which include more decorative glazing, according to Iverson.