Employment Up for Glass Industry-Related Sectors

The nonresidential building and specialty trade contractors categories, which include contract glaziers and building exterior contractors, saw increased employment in March, according to USGNN.com™ analysis of Bureau of Labor Statistics data. 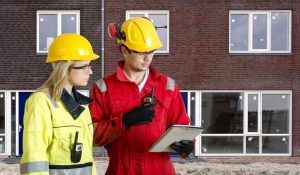 Employment in nonresidential building was up 0.3 percent with a 1,900-job uptick month-over-month, though its year-over-year jobs number declined by 0.8 percent with a reduction of 6,400.

Overall construction employment remained mostly unchanged, with its 6,000-job increase accounting for a less than 0.1-percent bump over the month. Employment in the sector increased 2.8 percent (177,000) for the year.

According to the Associated Builders and Contractors (ABC), the construction industry unemployment rate, available only on a non-seasonally adjusted basis, fell by 0.4 percent in March and stands at 8.4 percent. The national unemployment rate fell by 0.2 percent to 4.5 percent.

“With the nation’s unemployment rate now at just 4.5 percent, there is little reason to believe that securing construction talent is set to become easier,” says ABC chief economist Anirban Basu. “In fact, the skilled worker shortages already experienced by many contractors are likely to become more severe as the year proceeds. The average contractor can therefore anticipate sharper compensation cost increases, particularly as firms securing new work scramble to put together project teams.”

Associated General Contractors of America chief economist Ken Simonson says construction firms “continued to add jobs over the past year at a higher rate than the overall economy,” adding that the “small job gain in March most likely reflects ‘payback’ for unusually large hiring in February rather than a flattening of demand for projects.”

The jobs report comes on the heels of a report showing construction spending in February totaled $1.192 trillion at a seasonally adjusted annual rate. The February rate was up 0.8 percent from the prior month and 3.0 percent from February 2016.