The construction industry, particularly in specialty trades such as glass and glazing, has plenty of work on its plate. The question is whether it can continue to meet demand with a shortage in skilled labor and quality craft workers.

Both the executive and legislative branches of the U.S. government have taken steps this month to address this. In mid-June, President Trump signed an executive order that aims to expand apprenticeships and improve job-training programs, while the House of Representative last week voted to re-authorize the Perkins Career and Technical Education Act. The legislation, last addressed in 2006, seeks to strengthen technical education for specialized skills.

According to the White House, the executive order “responds to the desire of third-party groups to create more flexible apprenticeship programs and directs the Department of Labor (DOL) to allow companies, trade associations, and unions to develop their own industry-recognized apprenticeship guidelines, which DOL will review for quality and then approve.” 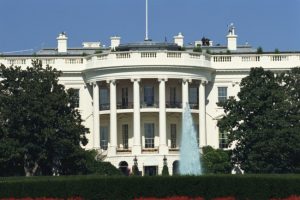 “So we’re empowering these companies, these unions, industry groups, federal agencies to go out and create new apprenticeships for millions of our citizens,” Trump said during his remarks prior to signing the order. “Apprenticeships place students into great jobs without the crippling debt of traditional four-year college degrees. Instead, apprentices earn while they learn—which is an expression we’re using: Earn while you learn.”

“Associated Builders and Contractors looks forward to working with the secretaries of labor, commerce and education to implement the executive order and develop new, innovative and effective models to train an expanding American workforce,” said ABC president and CEO Mike Bellaman in a statement. “With our industry in need of half a million workers today and even more in the future, we need to expand upon current apprenticeship methods that have left us with a worker shortage and embrace an all-of-the-above training approach to meet the needs of a 21st century workforce.”

The administration pointed to construction and manufacturing as key segments this order would address, and Trump said apprenticeships can teach trainees skills to operate the highly advanced machinery now used in these industries.

“Some of these machines are so intricate, so powerful … they are incredible,” he said. “This is not the old days; this is new and computerized and complicated, and you really have to know what you’re doing. But they create amazing products. And to construct skyscrapers that touch the clouds.”

Like the executive order, the House’s effort to breathe life back into the Perkins Act gained praise from the construction industry. 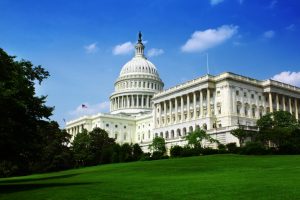 “House passage of new career and technical education legislation is an important step for creating the kind of programs needed to recruit and prepare students for high-paying careers in construction,” Associated General Contractors of America CEO Stephen E. Sandherr said in a statement. “The legislation embraces key reforms we have long championed, including allowing school officials to tailor programs to the skills needed by local employers. It also paves the way for more widespread acceptance of industry-recognized credentials, another reform we have long supported.”

Sandherr added that the overwhelming bipartisan support “for this much-needed legislation is a clear sign many in Congress understand the need to better align our educational offerings with the needs of employers across the country,” urging the Senate to follow suit to put the bill in front of Trump.

According to the 2017 Glass and Glazing Industry Outlook’s most recent survey, most contract glaziers in the U.S. hired new full-time employees in 2016, and a majority plan to do the same in 2017. However, many are concerned about how the lack of quality craft labor is affecting their businesses.

In the survey, glaziers voiced apprehension over the educational system. “We need to put skilled trade training back in our high schools,” said one glazing contractor in the South Atlantic. A glazier in the West added that “the lack of qualified labor and weak training programs in schools is endangering the industry.” Another South Atlantic glazing contractor noted that the skilled worker shortage will be increased by technological advances in the industry. “Technology is outpacing the ability of our workforce,” they said.