Nonresidential specialty trade contractors, which includes contract glaziers, led the charge for a construction employment increase in June, according to U.S. Bureau of Labor Statistics data. 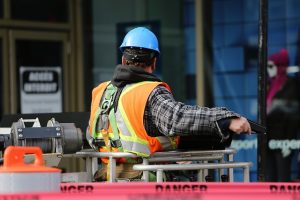 The segment added 11,000 jobs from May and 54,300 compared to June 2016, for increases of 0.4 and 2.3 percent, respectively. Nonresidential building, which also includes building exterior contractors, saw a 0.4-percent decrease in jobs from May to June with 3,200 lost. However, it gained 3,600 from the same time last year for a 0.5-percent bump.

Specialty contractors were also heavily responsible for an increase in residential construction employment, boasting a 0.4-percent monthly increase of their own and a 4.5-percent jump from the year before. That segment added 7,500 jobs from May and 84,100 from June 2016.

According to Associated Builders and Contractors (ABC), the construction industry unemployment rate declined further in June and is now at 4.5 percent. While construction unemployment tends to decline in the summer, this mark is significant because it stands near ten-year lows.

ABC chief economist Anirban Basu said in his analysis that the most recent U.S. jobs report is “just what the doctor ordered” and that “construction job growth represents an important part of the story.”

Associated General Contractors of America (AGC) chief economist Ken Simonson noted in his analysis that construction employment is at its highest level since October 2008.

“Construction firms added employees over the past year at nearly double the rate of the overall economy, but the record-low unemployment rate for construction workers shows companies are having to reach outside the industry to fill positions,” he said. “Finding any qualified workers will likely become even harder with low unemployment throughout the economy.”

Average hourly earnings in the industry climbed to $28.82, an increase of 2.5 percent from a year earlier, according to AGC. Simonson said construction pays nearly 10 percent more per hour than the average nonfarm private sector job in the U.S.