Glass Exports Tick Up in May as Imports Level Out

Exports of flat glass from the U.S. increased in May while imports held steady, according to U.S. Department of Commerce data. However, through the first five months of the year, exports have decreased compared to the same period in 2016, while imports have seen an uptick. 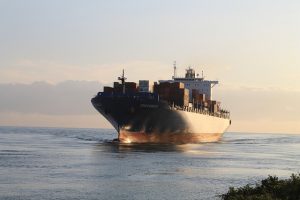 Through the first five months of the year, flat glass exports have decreased compared to the same period in 2016, while imports have seen an uptick.

Imports in the “Glass-plate, sheet, etc.” category were flat in May at $161 million, nearly unchanged from April’s figure. The $786 year-to-date total of imports is up 7.1 percent compared to the first few months of 2016.

Compared to the previous month, exports of the product ticked up 9.5 percent in May to $137 million, though they are still down 7.6 percent year-to-date. Through the first five months of 2017, exports totaled $624 million. This has been the result of an upswing in January and a downswing in February, followed by two steady months.