Ellis Guiles, owner and president of Graboyes Commercial Window Co. and Graboyes Smart Buildings, was named to the advisory committee of the Philadelphia 2030 District by Delaware Valley Green Building Council. His term will begin in 2018. 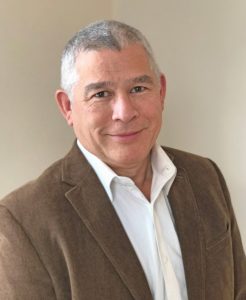 “I’m looking forward to working with the leadership of the Philadelphia 2030 District in support of its goals,” says Guiles. “Cities have such a vital role to play in addressing climate change and making our communities more resilient. Philadelphia’s 2030 District will be an important driver in the progress we must bring about in our buildings, which represent 60-percent of carbon emissions.”

Graboyes Smart Buildings is also a sponsor of Philadelphia’s 2030 District.

2030 Districts are private and public partnerships that bring together property owners and managers, utilities and energy services companies, and community organizations to achieve substantial reductions in energy use, water use and transportation emissions by the year 2030. The initiative is overseen by the 2030 Districts Network, a non-profit organization that granted its support to Delaware Valley Green Building Council to lead the formation of a Philadelphia 2030 District. Philadelphia’s emerging district launches in October of 2017.