Posted on November 8, 2017 by Trey Barrineau

The House Energy and Commerce Subcommittee held a discussion hearing Tuesday on possible legislation that could lead to major changes to the Energy Star program. The bill’s biggest proposal would transfer the program’s leadership from the Environmental Protection Agency (EPA) to the Department of Energy (DOE). 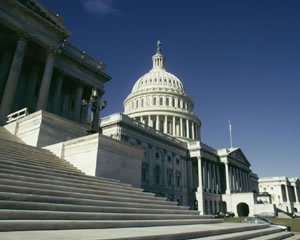 “This hearing today is a starting point for reforming the Energy Star program,” said Rep. Bob Latta, R-Ohio, the author of the proposed bill, which hasn’t been formally introduced into Congress.

“I have serious concerns with the Energy Star Reform Act of 2017 discussion draft, which makes several significant changes to the Energy Star program,” he said. “And I have one question: what problem are we trying to solve with this proposal? The Energy Star program is extremely successful, reducing energy consumption and saving consumers money. … So, again, why the need for a change?  I have yet to hear a credible argument from anyone as to why this is necessary.”

While the Energy Star Reform Act of 2017 would make DOE the lead agency for Energy Star, it would allow for some responsibilities to be delegated to the EPA. Witnesses who testified at the hearing said swapping agency leadership could create confusion and generate extra costs, a concern at a time when both DOE and EPA are facing significant budget cuts.

Rep. Morgan Griffith, R-Va., asked the panel of witnesses if moving the Energy Star windows, doors and skylights program from EPA to DOE would be disruptive.

Joseph McGuire, president and CEO of the Association of Home Appliance Manufacturers, said he didn’t think there would be problems.

“I don’t see any issues with shifting products around,” he said. “I think EPA and DOE both have had responsibilities with the program.”

The windows, doors and skylights program began life at the DOE and moved to EPA in 2009 when the Obama administration shifted Energy Star leadership to that agency.

The Energy Star Reform Act of 2017 would also require the program to adhere to the Administrative Procedure Act (APA). That would treat every change to an Energy Star specification as agency rulemaking. Because of that, proposed changes would be published in the Federal Register and face a lengthy public-comment period.

“I worry that this will make the program less nimble, and harm both consumers and companies by opening the process to new, needless litigation from companies who otherwise couldn’t meet Energy Star’s standards,” said Pallone.

According to the Alliance to Save Energy, the APA’s full notice and comment process can take years to complete. (Republicans say it would allow for many more stakeholders to weigh in on changes.) The group also says delays could leave standards lagging far behind product innovation. That, in turn, would undermine consumer confidence in Energy Star, and it could lead to fewer companies participating in the program, which has been called a model of public-private energy-efficiency programs.

According to EPA, in 2014 Energy Star saved consumers $34 billion on their utility bills, while preventing the release of 300 million metric tons of greenhouse gases into the atmosphere.

“The old adage, ‘if it ain’t broke, don’t fix it’ applies very well to today’s Energy Star program and should be the test against which the subcommittee determines the content of any bill designed to change or improve the program,” Alliance to Save Energy president Kateri Callahan says in her opening statement to the subcommittee

The Energy Star Reform Act of 2017 would also create limited liability protections for program participants. Participating companies whose products are found to be out of compliance would be subject to all corrective measures and penalties, but they wouldn’t face litigation for noncompliance.

“Energy Star is a well-functioning program overall, but there are areas for improvement, such as protections against unhelpful class-action litigation,” said Rep. Greg Walden, R-Oregon, chair of the Energy and Commerce Sub-Committee.

“Energy Star has its own penalties for those who break the rules—we don’t need to get more lawyers involved on top of that,” said Rep. Pete Olson, R-Texas. “And I say that as someone with a … law degree on my wall.

“The ‘no warranty’ subsection would create a liability shield, blocking consumers from recovering costs when the Energy Star-labeled product they bought turns out to be mislabeled and doesn’t achieve the energy savings promised,” he said.

The discussion draft also provides limited exceptions from the requirement that all products participating in Energy Star be tested by a third-party certification body. It would allow self-certification for makers of electronics products that are in good standing under the program.

In March, President Trump’s initial 2018 budget proposal called for Energy Star to be defunded and its functions possibly transferred to a non-governmental entity. The program was continued, but its budget was slashed from $66 million to $31 million.