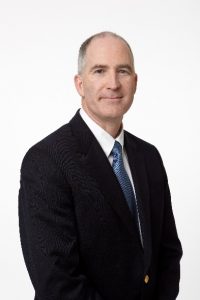 The Wagner Companies has hired Michael Dover as its new president. Dover succeeds Rick Kettler, who retired after an 18-year career with the company and nine-year tenure as president. Bob Wagner remains CEO.

Dover brings 26 years of extensive manufacturing, sales and marketing experience to the company. For the last ten years, he served as president of Scan-Pac Manufacturing, a producer of industrial friction products targeting the drilling, mining, agricultural and transportation industries. Previously he worked at Precision Industries Corp., where he served in various leadership and management positions for more than a decade.

“Mike has the experience and skillset to effectively lead our company into the next era,” says Bob Wagner. “He has a proven track record in manufacturing and understands the critical importance of building upon our established reputation of delivering the highest levels of product quality, innovation and service.”

“It is with great enthusiasm that I accept this opportunity,” adds Dover. “We are solidly positioned for ongoing growth both in the architectural and industrial markets, and I look forward to building upon the company’s established success.”

Dover attended Florida State University where he majored in biology with an interdisciplinary minor in chemistry, physics and mathematics. He also received a bachelor’s degree in business administration and a minor in marketing from Marian College, in addition to a master’s in business administration from Marquette University with a focus on finance, accounting and international business.

This entry was posted in News, Today's News and tagged Wagner Companies. Bookmark the permalink.