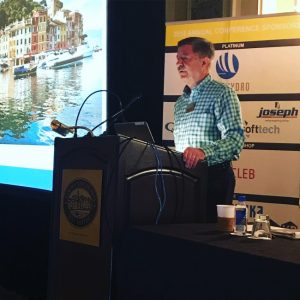 The American Architectural Manufacturers Association (AAMA) opened its 81st annual conference on Tuesday in Orlando, Fla., with a big turnout and announcements of leadership changes at the organization.

More than 350 attendees were on hand for the event at the Loews Portofino Bay resort. That included 32 new participants, said president and CEO Rich Walker. AAMA has also added 13 new member companies since the fall conference in October 2017. Because of that and other factors, Walker said 2017 was a good year for AAMA financially.

“We finished better than projected,” he said. “Our balance sheet is very strong.”

Walker also noted that this was the first AAMA conference with the new Monday-to-Thursday schedule. (Previously, it ran Sunday-Wednesday.)

Rich Rinka, the technical manager for standards and industry affairs, said AAMA has published two documents since the fall conference. In all 26 documents were published in 2017, and several others were updated. 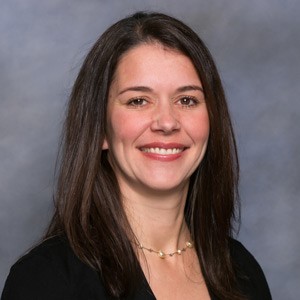 After Paula Goedert, AAMA’s legal counsel, was honored for 30 years of service with the association, Janice Yglesias was announced as AAMA’s new executive vice president. Previously, she had served as association services director.

“During her 19 years with AAMA, Janice strived to learn and understand all AAMA operations, programs and services,” said Walker. “That knowledge has been transferred into countless improvements in AAMA procedures and productivity, making this a very well-deserved promotion.”

Yglesias’ new role will involve creating, communicating and implementing the organization’s vision, mission, values, beliefs and strategic goals, as well as assisting in planning, organizing and directing staff, programs and activities of the association. She also will oversee, guide, direct and evaluate the work of other executive leaders and will determine ways to reduce costs, increase revenues and improve overall company performance for association products and services.

Angela Dickson now serves as marketing and communications director, formerly marketing manager, and has worked at AAMA for 14 years.

“Angela has consistently and repeatedly proven her extensive knowledge of marketing and communication practices, tenacious ability to tackle challenging projects, and aptitude for collaborating with others on the AAMA team, as well as our members and other customers,” said Yglesias. “Beyond outstanding work performance, Angela represents AAMA professionally, and has earned the respect and friendship of numerous AAMA members and industry representatives.”

The keynote speaker on Tuesday was Chris “Elroy” Stricklin of Afterburner, a training and consulting organization that’s run by former military pilots.

A big part of Stricklin’s presentation focused on task saturation, which is the workplace perception that we have too much to do and not enough time to do it.

“When people become task-saturated, they do one of two things,” he said. “One is ‘I quit.’ But 80 percent of people channelize their attention.” That means they focus on one insignificant threat rather than those that can affect mission outcome.

Afterburner was scheduled to conduct a workshop related to its principles on Wednesday morning.

Other speakers on Tuesday covered a range of industry-specific and professional growth topics.

Diana Hanson, AAMA’s regulatory affairs manager, gave attendees an overview of changes ahead in the regulatory space. Among topics she covered were LEED version 4.1, which will be released in October. It will address market barriers and improve credits, and boost performance throughout the building. She also discussed Energy Star, HERS-rated homes, the Green Ontario home-rebate program for installing highly efficient windows, the EPA’s lead paint rule and formaldehyde standards for composite wood products.

AAMA communications coordinator Meryl Williams hosted a workshop entitled “The Who, What and Why of Twitter: Better Engage Existing and Potential Customers.” The presentation covered the basics of how Twitter works, as well as etiquette and best practices for businesses. Williams also touched on the advantages of buying ads on the social-media platform.

The most important work at the AAMA conference always involves the committees that hammer out new codes and standards for the fenestration industry. On Tuesday, 11 sessions were held, touching on glass, aluminum, finishes, the window-wall interface, manufactured housing and skylights/sloped glazing.