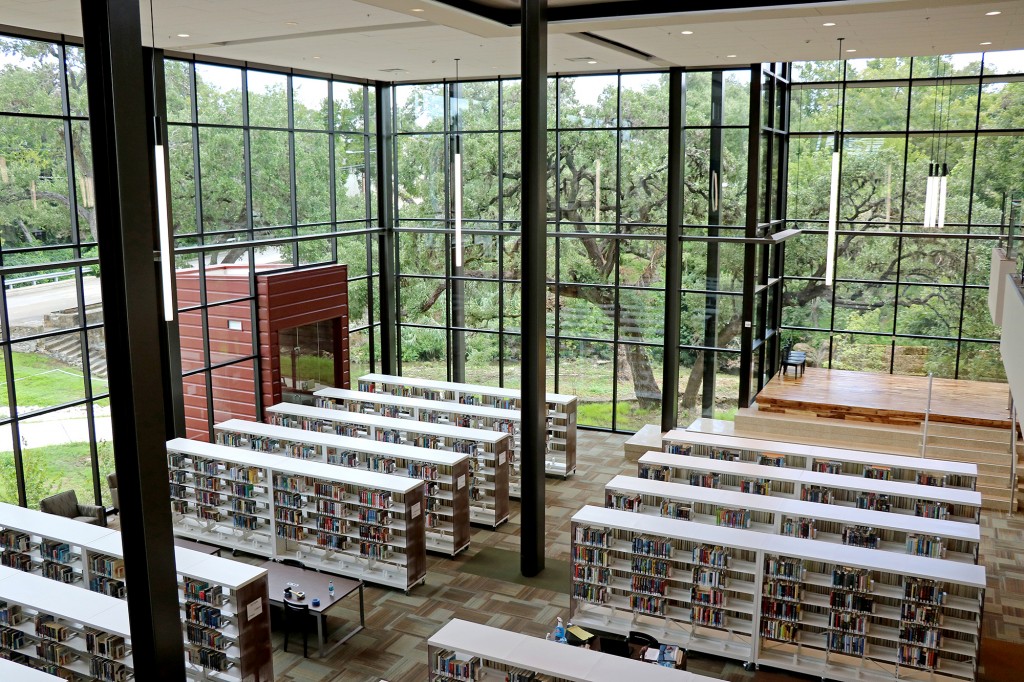 When the City of Seguin, Texas, decided to tear down its old library and build a new one, the priority was to leverage the natural beauty of its site along the banks of Walnut Creek. In Nov. 2017, the project earned LEED Gold certification through the U.S. Green Building Council.

Bringing the outdoors inside of this two-story facility, Tubelite’s curtainwall and storefront frame these natural views and leverage natural light. In addition, cantilevered decks overlook the creek and a popular walking and biking trail. 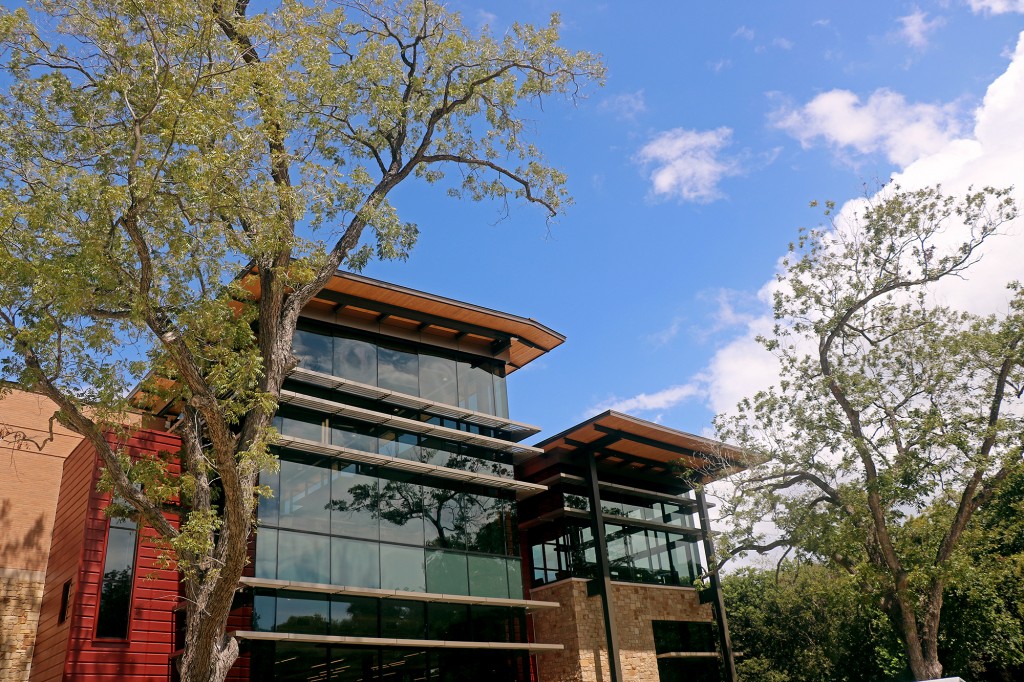 Designed by PGAL of Los Angeles and 720 design inc. of Dallas, the 43,000-square-foot library is three times the size of the original building, providing more area for books, technology and spaces to sit, read and enjoy the natural surroundings. Tubelite’s curtainwall with high-performance glass creates a quiet room that extends into the branches of a pecan tree letting visitors feel as if they are sitting in a transparent tree house. 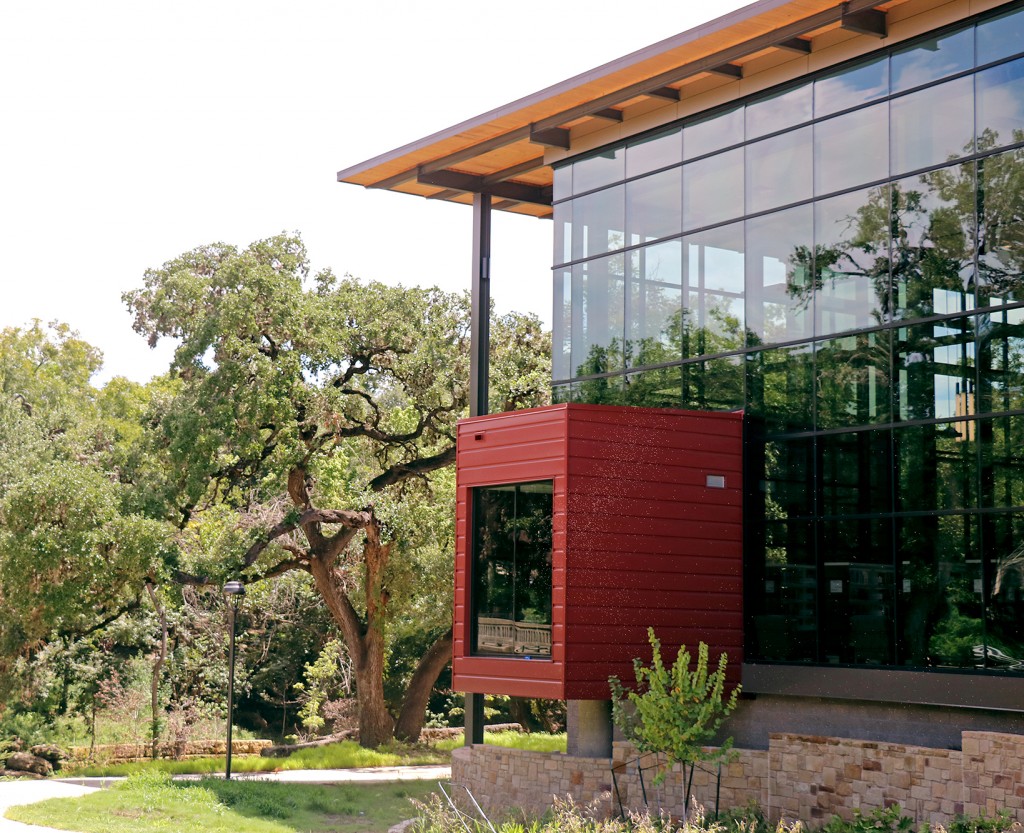 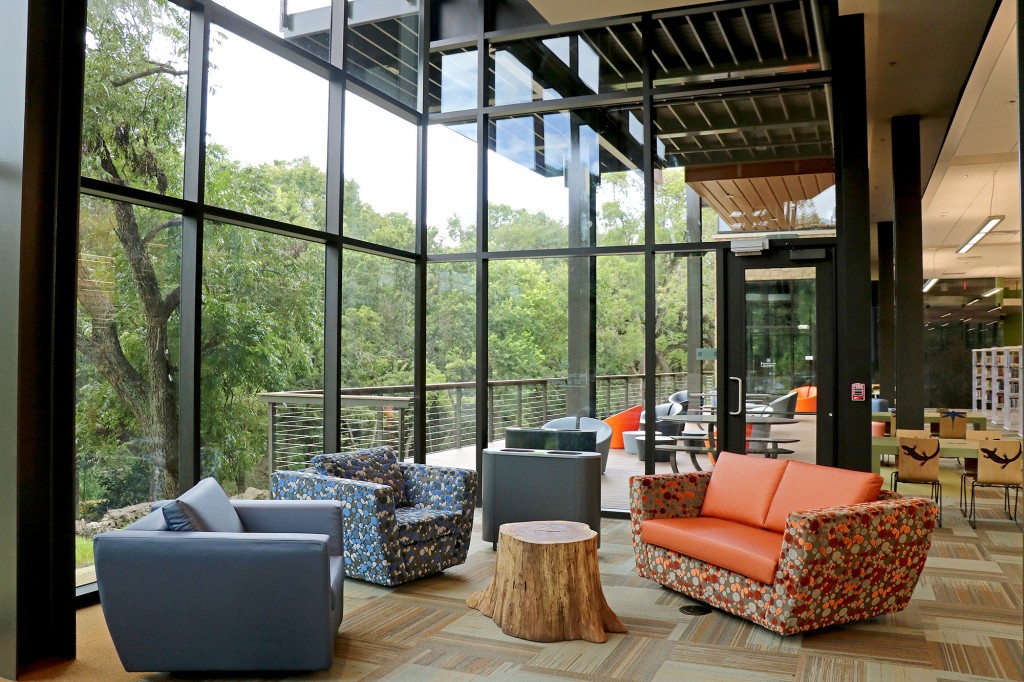 Linetec finished the aluminum framing members in a dark brown anodize. The company’s eco-friendly anodize process also supports environmentally responsible practices and design-forward thinking. It creates a frosty matte appearance, hides small defects common in recycled aluminum, contains no VOCs and meets or exceeds all AAMA 611 specifications. When it is time for the installed architectural product to be removed, anodized aluminum is 100 percent recyclable, lending itself to post-consumer recycled content during demolition or restoration of the building. 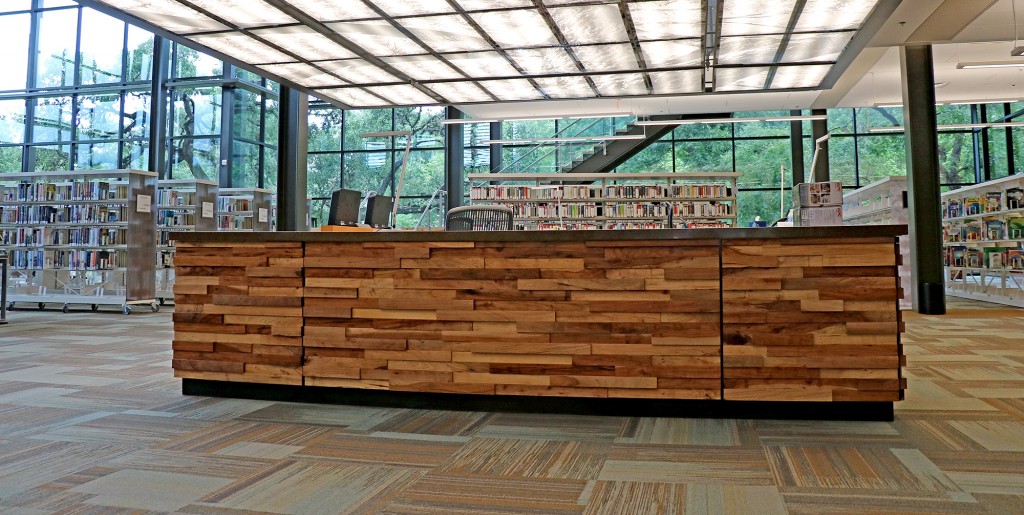 Byrne Construction Services began construction on the new Seguin Public Library in 2014 and competed it on scheduled.

“It came together pretty well and went up fairly easy. We hit the target dates. We’re happy and everybody else seems happy with it, too,” says Tyler Messer of Bulverde Glass.

The building celebrated its grand opening in September 2016. This year’s LEED Gold certification is one of many accolades the project has received. Additional awards include the TEXO Distinguished Building Award-$10 to $30 Million, the Best of Texas presented by Engineering News Record and the Project of the Year Between $10-$25 Million by the American Subcontractors Association, San Antonio Chapter.

“It’s no surprise to us that our gorgeous, one-of-a-kind Seguin Public Library is receiving these kinds of accolades. It is without a doubt a masterpiece of architecture and construction,” says Library Director Jacki Gross.