Guardian Glass Focuses on Innovation and Technology for Growth and Development

What does 25 million pounds (or about $40 million) get you in London? A 360-degree penthouse view of the city from One Blackfriars. The 50-story, double-skin facade project, set for completion later this year, was designed by the U.K. architectural firm Simpsonhaugh, and features 5,674 panels of Guardian Glass products. That shimmering tower overlooked a Guardian media event that took place this week in London. 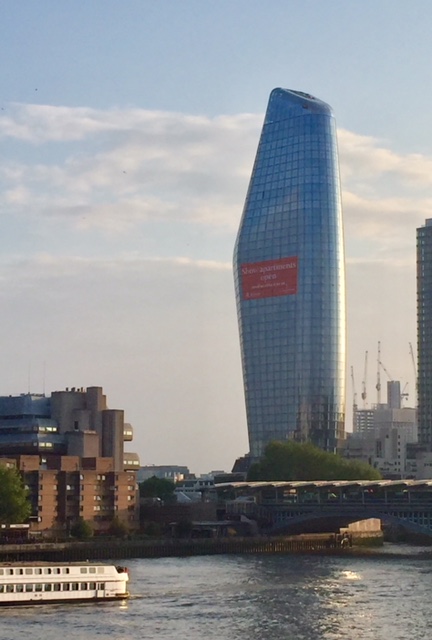 The One Blackfriars building in London.

In preparation of the upcoming glasstec trade fair—just five months away—Kevin Baird, president and CEO of Guardian Glass, opened the program yesterday morning with an update on a number of the company’s recent activities and developments.

Baird explained that Guardian Glass has a vision to create value for customers in a win-win transaction, and that relationships with the customer are a mutual benefit. As an example, he noted it takes a lot of collaborative efforts to create a project such as One Blackfriars.

“It’s amazing how all of these things come to together to create one beautiful building …” he said.

Innovation, he added, is a “relentless focus” for the company, which is continually working to provide better and better solutions for customers.

As an example, the company continues to invest in and enhance its research centers. In Carleton, Mich., for instance, the company has 50,000 square feet of offices and advanced research labs at its Science and Technology Center. Adding to this, they recently opened a second research and technology center in Luxembourg. 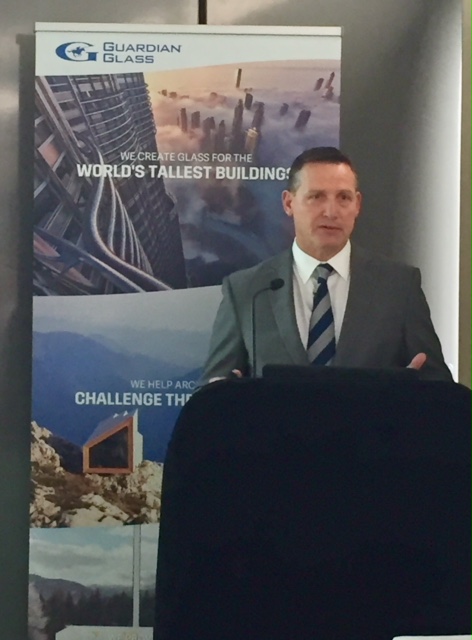 Baird also discussed the company’s growth in the global glass industry, and said based on industry forecasts they expect the increasing demand for glass to continue.

“The data suggests the industry is growing,” said Baird, who added they see growth in this business around the world in most applications, as well as more glass produced per application.

“This [2018] will be biggest investment year in Guardian outside of an acquisition year,” said Baird, siting the company’s investment in a jumbo coater, in the U.S., as well as cold tank repairs; a laminating/coater launch in India; as well as a new float line and a new coater in Poland.

“The biggest investments we’re making are in Europe,” he said.

In fact, the company is adding a new 1,000-ton float line in Poland.

Guus Boekhoudt, vice president of Guardian Glass and general manager of Guardian Glass in Europe, said the company is proud of its investment in Poland, a decision that was made to capture the demand that’s there.

“With the investment, this will strengthen our position in the European market as a producer,” he said, adding they’ve also done cold tank repairs to the other line in Poland, as well as to the line in Thalheim, Germany last year.

Boekhoudt said they’re also investing in laminating. The company is building a new laminating line in Hungary and also upgrading laminating capacity in Spain and Luxembourg.

Boekhoudt also said, “We believe [we will see] a healthy demand for glass over the next five years [and it] will continue to grow.”

Speaking of the company’s global growth and investments, Baird said not only is Poland an exciting growth market for glass, but the demand in India is high, and it’s emerging as a growth market as well.

“We see that market starting to turn around and supply/demand coming back into balance,” said Baird.

Boekhoudt noted that the underlying driver for this growth is people want more daylight.

“We’re selling daylight to our customers,” he said, adding that there is a trend in  conversion from double to triple glazing over the next three to five years. In addition, the use of laminated glass is expected to grow given the regulations around safety and security. Likewise, acoustic demand is also on the rise.

The commercial side is focused on the architects, facade contractors and designers.

“Our team works with them to help solve the most difficult problems they have,” he said, adding that while the high performance aspect of the glass is important, the aesthetics are as well, since architects often have a certain vision of what they want to create.

Residential, he said, is the biggest segment they serve from a volume perspective. Boekhoudt explained they’re working to innovate the way they serve the market by showing the energy efficiency of glass to create a comfortable living environment.

In addition, ecological awareness is growing,   and the company’s glass products provide customers with an opportunity to focus on sustainability.

Baird added that the innovation taking place in terms of building facades is enormous right now.

“We’re being pushed as a company by customers to drive innovation,” he said.

Guardian Glass plans to feature several of those innovations during glasstec, which will take place October 23-26 in Dusseldorf, Germany.

This entry was posted in Featured News, News, Today's News and tagged Guardian. Bookmark the permalink.