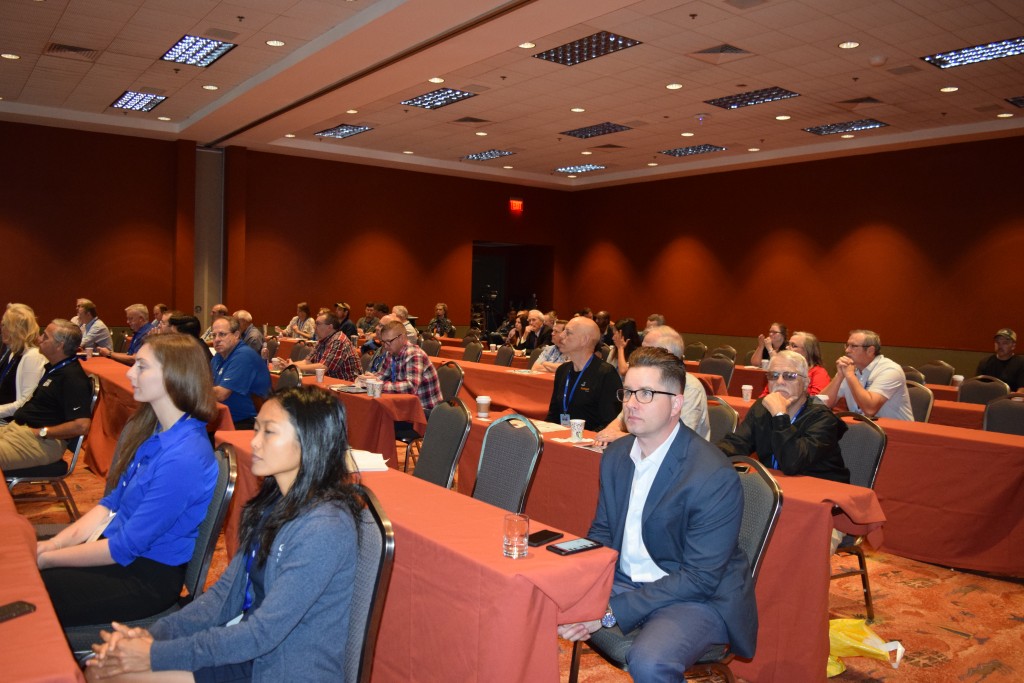 Glass TEXpo™ ʼ18 wrapped up in San Antonio May 11 with educational seminars on oversized glass, blast mitigation and thermal efficiencies.

“Glass is emotionally important. It’s heavy yet light in aesthetic, fragile yet strong and critical for powerful design. Oversized glass does what glass does best, but on a much larger scale,” he said.

According to Kasbrick, 144 high-rise buildings that are 200 meters or taller were completed in 2017, more than any other year on record. 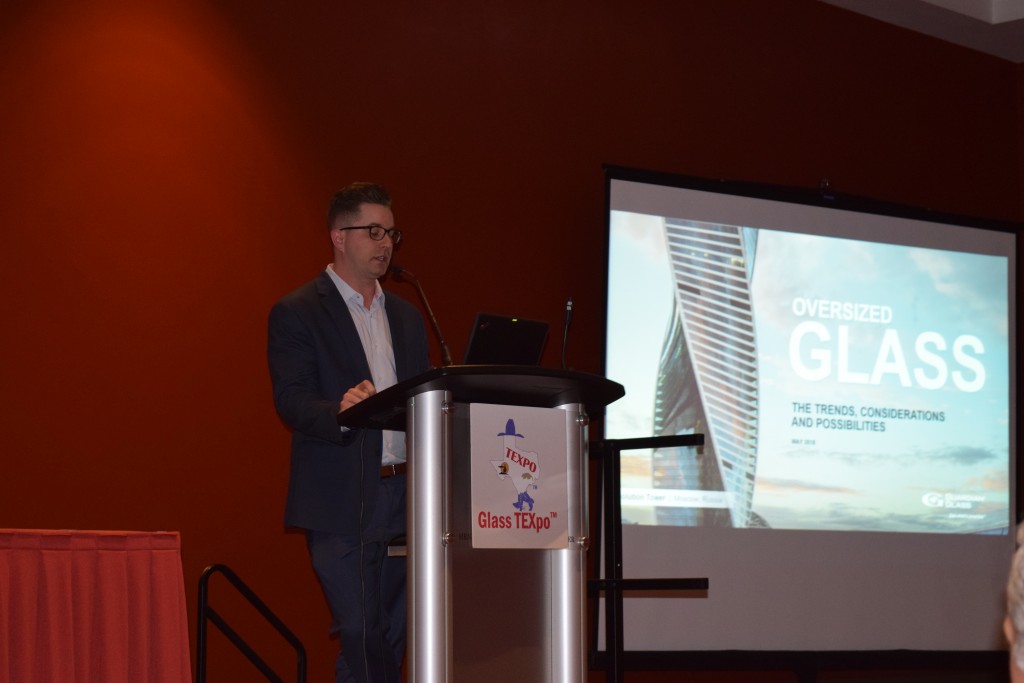 “This is a major opportunity for architects to use oversized glass,” he said. “Daylighting increases productivity and betters the health of building occupants. It increases sales in retail settings and boosts test scores in schools. We have sophisticated coatings to maximize light while being energy efficient. It’s not just oversized glass, it’s oversized performance.”

Kasbrick defined oversized glass as roughly up to 200 square feet. The fabrication process is similar to standard-sized glass, but requires larger machinery.

He said oversized glass is being used more extensively in renovations and adaptive reuse projects to showcase historical features while meeting today’s expectations for daylighting and energy efficiency.

When using oversized glass, weight support needs to be considered.

“The metal system should be designed to support the weight of oversized glass,” said Kasbrick. “It’s readily available and has been tested. Europe has been using oversized glass for ten years.” 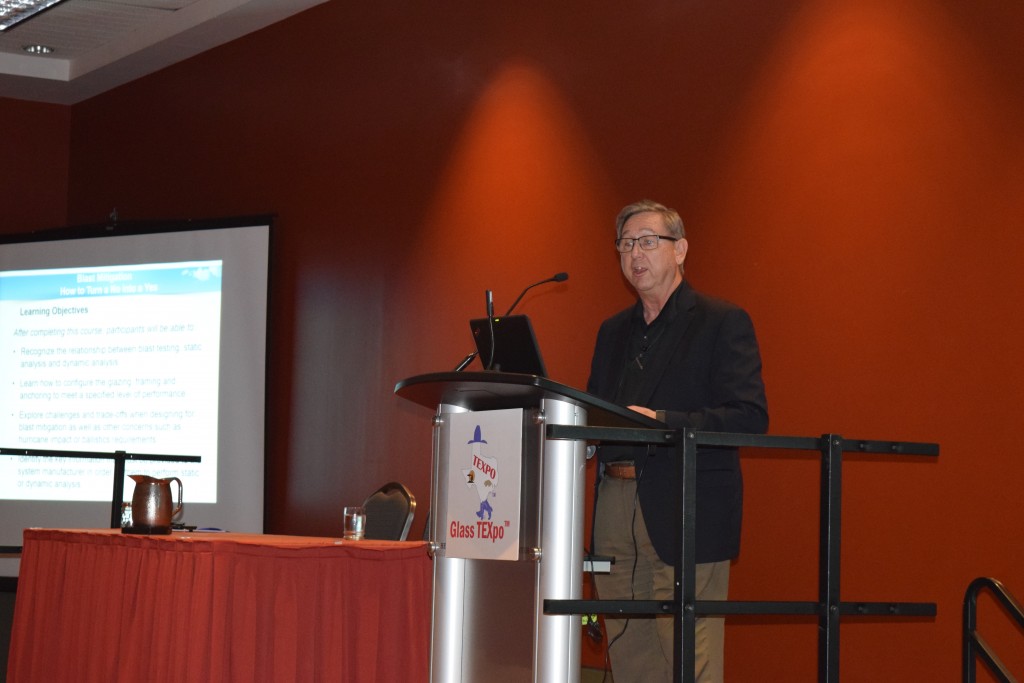 The best way to protect a building’s occupants from blasts is to keep explosives out of the building. Unfortunately, that’s not always possible. Codes require blast mitigation materials to help protect people during blasts.

“The goal is to reduce debris hazards from the damaged façade and to prevent progressive structural collapse,” said Galloway. “The glass has to fail first so you have to make sure the framing and anchoring are stronger than the glass. If the glass is stronger you transfer the load to a wider part of the building.”

According to Galloway, there has been an evolution in blast protection requirements since September 11, 2001.

“There was a realization that all kinds of government and military buildings weren’t designed for blast protection. Since then we’ve seen smaller standoff distances, which equate to higher blast specifications,” he said.

“Since 2011 and 2012, they now allow standoff distances that are even less than those,” said Galloway.

The most accurate test method is blast testing. The most common level of blast testing performed by the industry has been to test at 6 pounds per square inch (psi) peak pressure. Embassies are tested at 40 psi.

Galloway suggests that architects and specifiers select the glazing make-up with the least glass resistance load that meets all requirements. It’s also vital for glazing contractors to be aware of which part of the blast system they are responsible for installing.

“The worst thing that could happen is that in the middle of the project [you have] to have to add cost and labor and not get paid for it. Glazing contractors have a responsibility to anchor the window,” he said. “Get preliminary engineering done before quoting if the job has blast specs.”

According to Galloway, glaziers should know the anchor load before quoting the job and recognize that standoff distances specified that are less (more stringent) than the required standoff distance cause the project cost to increase significantly due to the .

“The weakest glazing that meets the spec keeps costs down,” he said. 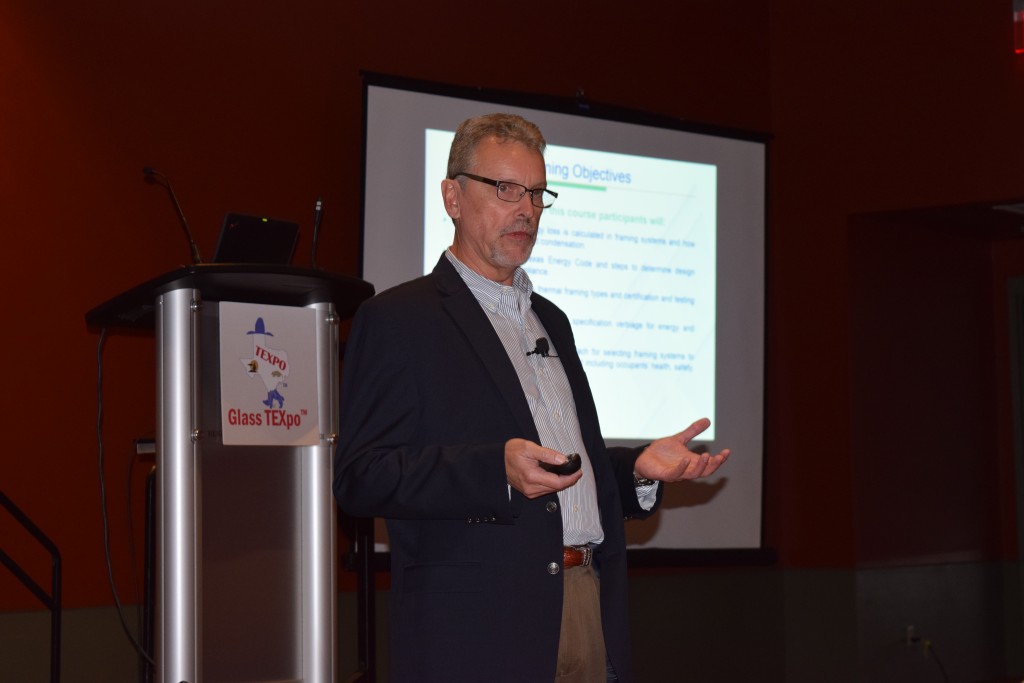 Kevin Haynes, architectural representative for Tubelite, speaks about thermal efficient fenestration at Glass TEXpo™ ʼ18 in San Antonio on May 11.

Kevin Haynes, architectural representative for Tubelite, said that glass is much more energy efficient than frames, which are poor insulators.

This affects the overall U-factor of a window, which is the weighted average of the frame, center of glass and the edge of the glass.

“Framing systems are not doing a lot of the heavy lifting, but as technology improves we’re starting to do a better job about that. Window manufacturers are starting to pick up on that weight,” said Haynes. “What happens is that once you stick glass in the pocket of a frame you’re degrading its performance.”

According to Haynes, the U-factor gets worse when adding metal, i.e. a horizontal intermediate.

“The energy cost savings for Texas after updating the commercial and residential energy codes is estimated at $1 billion by 2030,” he said.

According to Haynes, 75 percent of U.S. buildings will be new or renovated by 2035, making it vital for the glass and glazing industry to know the energy codes.

For those who couldn’t attend Glass TEXpo™ ʼ18 this year, consider joining USGlass magazine in Bellevue, Wash., (suburban Seattle) for Glass Expo Pacific Northwest™ ’18 May 31 to June 1. More information is available on the event website.