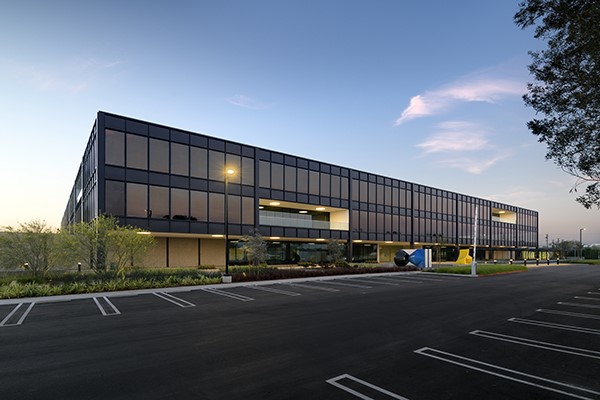 The new 777 Aviation is a Class A office complex in El Segundo, Calif., that was originally occupied by Xerox Corporation. Modernist architect Craig Ellwood developed the original concept in 1968. To reflect the needs and culture of today’s workspaces, architecture firm Skidmore, Owings & Merrill (SOM) was brought on to redesign the building. W.L. Butler served as the general contractor. C.R. Laurence-U.S. Aluminum manufactured and supplied custom architectural glazing systems to help meet the project’s design and performance requirements.

Developers Embarcadero Capital Partners and Westbrook Partners’ goal was to repurpose 777 Aviation from a single-tenant to a multi-tenant space with indoor and outdoor collaborative environments. SOM accomplished this in part by integrating new exterior and interior glazing systems that promote daylighting, contemporary aesthetics and transparency. Triview Glass supplied the custom glass, while Glazing Concepts and Electrolurgy Manufacturing installed the glazing systems. 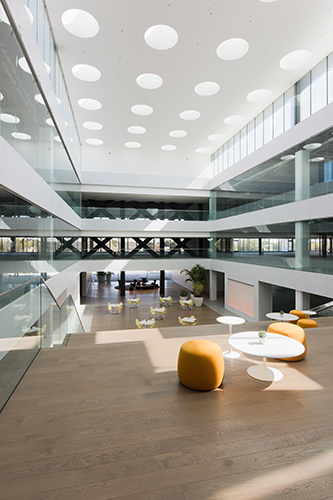 The team at SOM leveraged the benefits of glass throughout the building to optimize daylight diffusion, thermal performance and aesthetics. Integrating a grand atrium with a series of large-scale skylights; removing concrete shear walls; and incorporating fenestration systems that met thermal performance requirements without compromising the design intent, all played key roles. 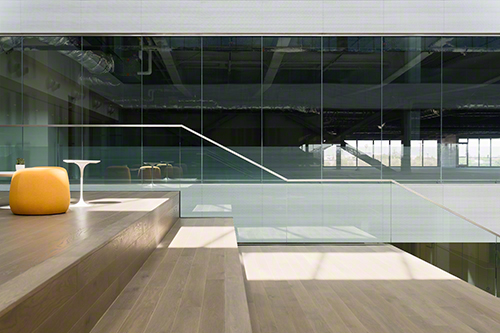 “Given the performance criteria for the new fenestration and our goal of having a minimalist aesthetic, there was no other option than the Entice Entrance System we specified,” said Susan Bartley, project manager at SOM Architecture. 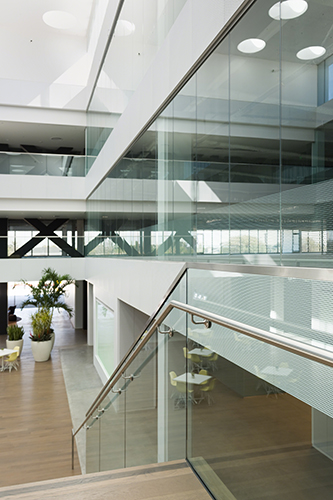 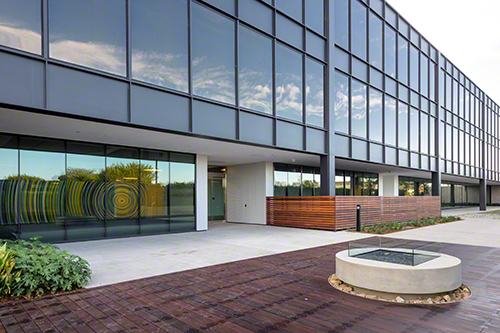 “I’m always happy to see glass play such a vital role in a building’s identity and function, as it did with 777 Aviation,” said Chris Hanstad, vice president of architectural sales at CRL-U.S. Aluminum. “The glazing systems not only had to accomplish the desired aesthetic, but also provide a high level of utility spanning thermal performance, air/water management, acoustical privacy, daylighting, security and safety. CRL’s ability to satisfy multiple hardware scopes continues to be a big differentiator when it comes to adding value to the project team.”