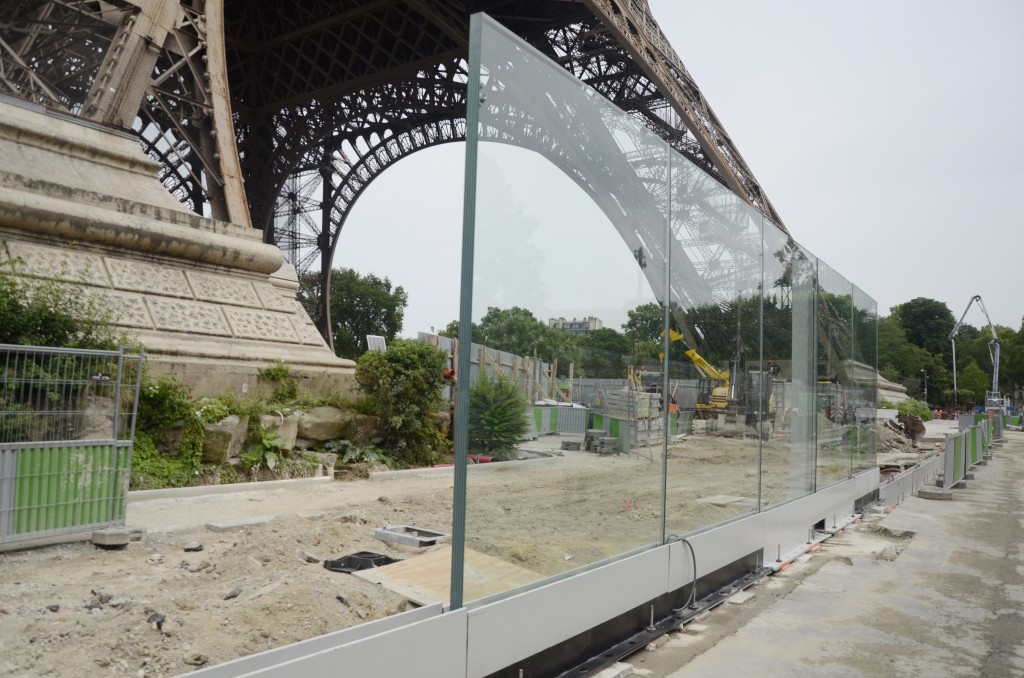 Vetrotech – Saint-Gobain provided the glass for the perimeter of the Eiffel Tower. Photo: SETE – Maud Chazeau

The Eiffel Tower is one of the most visited landmarks in France, but visitors to the famous tourist attraction will soon have to go through a bullet-resistant glass wall to see the site up close. The Eiffel Tower has been under close surveillance since the deadly terrorist attacks in November 2015 that killed 130 people. 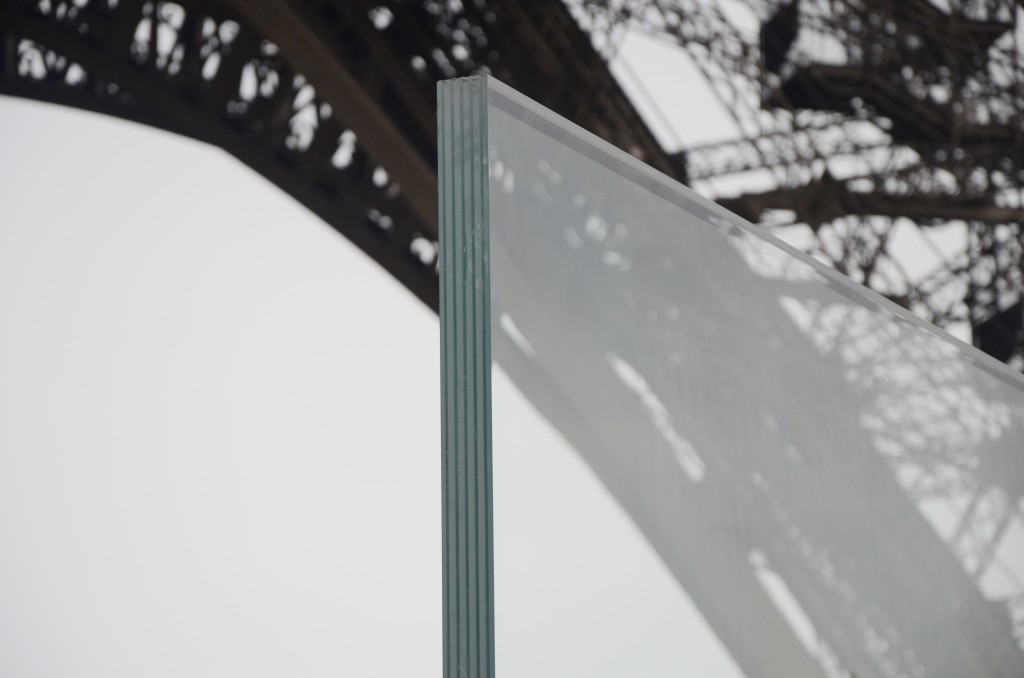 The glass wall is approximately 2.56 inches thick. Each unit weighs a maximum of 1.5 tons and is 118 inches high by 86 inches wide. Photo: SETE – Maud Chazeau

“The square of the Eiffel Tower was still, at the time, accessible to anyone very easily,” SETE president Bernard Gaudillere told the news outlet. “Therefore we decided to build a new perimeter around the Eiffel Tower to increase the security.”

Austrian architect Dietmar Feichtinger designed the $40 million (EURO 35 million) security upgrade following recommendations from the Paris police force to secure the Eiffel Tower. The glass walls feature glass provided by Vetrotech – Saint-Gobain fitted with anti-ram raid bollards. Glass security booths have been set up along the bridle paths of the East-West axis to admit visitors to the site. 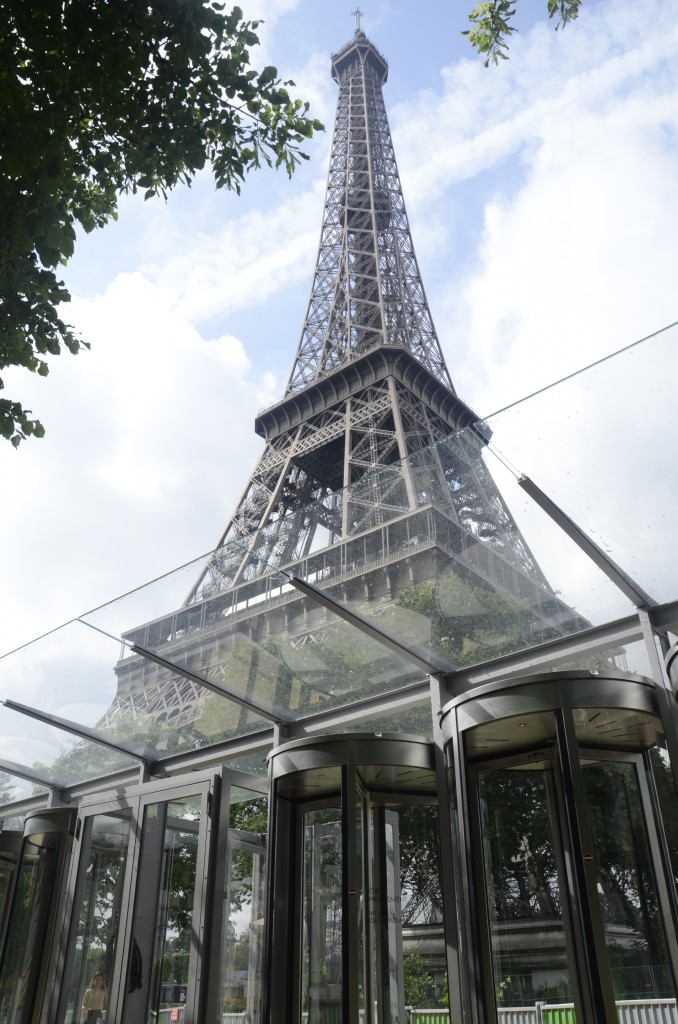 Glass security booths have been set up along the bridle paths of the East-West axis to admit visitors to the site. Photo: SETE – Maud Chazeau

The glass wall is approximately 2.56 inches thick. Each unit weighs a maximum of 1.5 tons and is 118 inches high by 86 inches wide. A total of 450 units surround the Eiffel Tower with 420 anti-ram raid bollards around the entire perimeter.

According to the Associated Press, French soldiers and police will continue patrolling the area around the Eiffel Tower after the glass installation is complete. The security perimeter is set to be completed in July, according to ABC News.