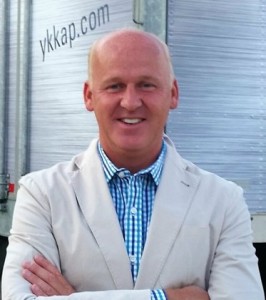 Oliver Stepe, president of YKK AP America, tells USGNN.com™ that the additions of this particular executive position is part of a multi-year strategic plan, that began as early as 2016, to build a stronger company with an increased focus on customers and employees.

“We want to leverage our employees toward a performance that satisfies our customers,” says Stepe. “We want to benchmark ourselves against the top employers.”

Stepe emphasizes that the strategy is not about fighting effects of the current labor shortage or employment rates.

“We’re not in this for one economic cycle. This is a paradigm shift, not a reaction,” he says. “The things a company does in the first 25 years are not what will make it successful in the next 25 years. If manufacturers do not evolve they won’t survive.”

Increasing diversity is a major goal of YKK AP America, according to Stepe. He is encouraging the company to discuss diversity in multiple dimensions, from age and sexual orientation to religion and race.

“Our company is welcoming to everybody. When they’re here, they’re part of a family,” he says. “Manufacturing companies often are traditional in their views. They apply the same set of protocols across the workforce. That method worked in the past but, as generational cohorts change, it’s not effective.”

“MLK Day is not a highly recognized holiday in the corporate world but it’s increasingly in trend. It’s still not embraced by manufacturers,” says Stepe. “We were one of the early adopters among manufacturing companies in middle Georgia. We offered the holiday in January 2018.”

The company also plans to deploy employee-facing technology to enhance performance management. Stepe say YKK AP America will use technology-based approaches to let people know who the company is.

“It’s increasingly important to brand yourself as an employer. Historically, companies don’t talk about themselves as an employer,” says Stepe. “Our company is trying to be the absolute go-to employer. I want people already here to feel that they are in the absolute best place, not just within our industry, but nationwide. We want to be an organization they can trust and admire.”