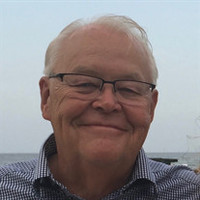 Anderson was the president of Harmon for 16 years before retiring 23 years ago, according to his obituary. He first began working for Apogee Enterprises as a public accountant.

Anderson was proceeded in death by his parents Carl and Ethel and his infant brother Ardell. He is survived by his wife Pat; children Jordan, Jeff and Jill Klass; his brother Dennis; his sisters Elaine and Jannette; and his grandchildren Berkley, Jimmy, MacKenzie, Sydney, Brett and Tyler.

A memorial service was held for Anderson on July 11 in Lakeville, Minn.

This entry was posted in News, People, Today's News and tagged larry anderson. Bookmark the permalink.