From Aviary to Art: A Glass Journey 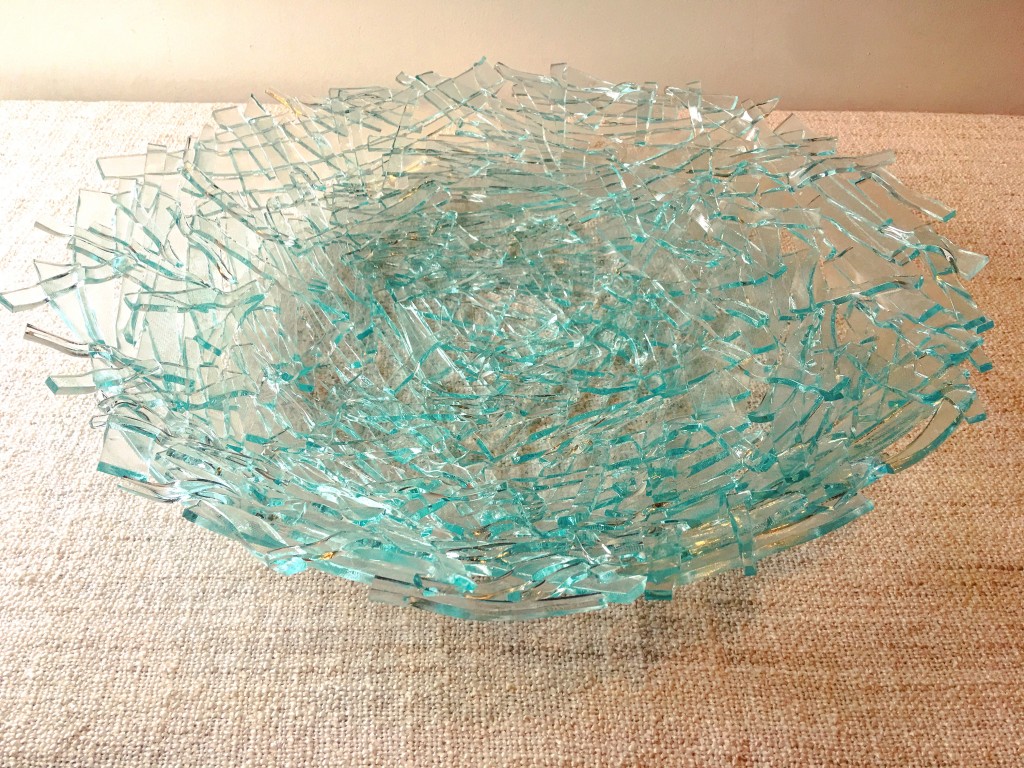 Visitors to the National Aviary in Pittsburgh can take home pieces of the site’s history thanks to some clever recycling and artistry. The aviary’s glass canopy recently underwent a $1.2 million renovation, but the original glass was given a second life.

The aviary reached out to Monmade, an organization that connects makers to businesses in Pittsburgh wanting to work with local artists. Monmade put the aviary in touch with artists interested in turning glass from the original canopy, installed in 1952, into art pieces for the aviary’s gift shop.

The aviary provided Meeghan Triggs, owner of Atelier Glass Studio in Pittsburgh, and other artists with a few lites of glass to make samples of the kind of work they’d create for the project. Triggs ultimately was chosen for the task after submitting her handmade nest bowls, something she’d made in her past work.

“It made sense to incorporate it. I was lucky that it worked out and the glass did everything I wanted it to do,” she says. 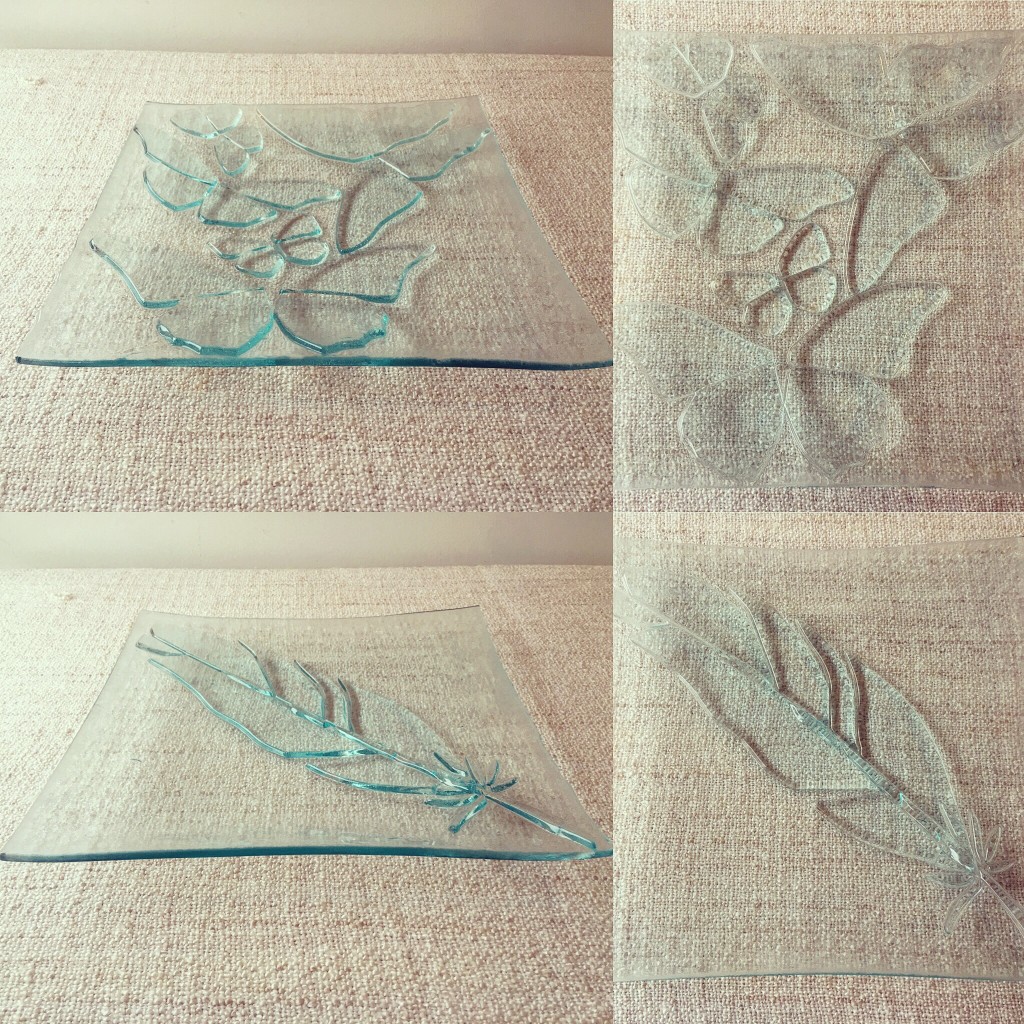 Triggs says the aviary expressed interest in fused work such as plates and bowls. She designed eight different pieces for the project, each embodying the spirit of the aviary. The process began in March and Triggs’ work was in production by June. The aviary delivered approximately 250 lites of glass to Triggs, roughly 2 by 3 feet and smaller.

Once Triggs had the glass in hand, she quickly realized that not all of the glass shared the same properties, presenting a challenge.

“It was a very complicated evaluation process to figure out which glass would do what,” says Triggs. “There was a lot of research and development testing to see what the boundaries were for each glass. Initially I separated the glass by color, texture and flat or curved, then went from there.”

She found that glass with different textures were not compatible. By the end of the project, she identified five different glass types, which could be due to repairs over the years. 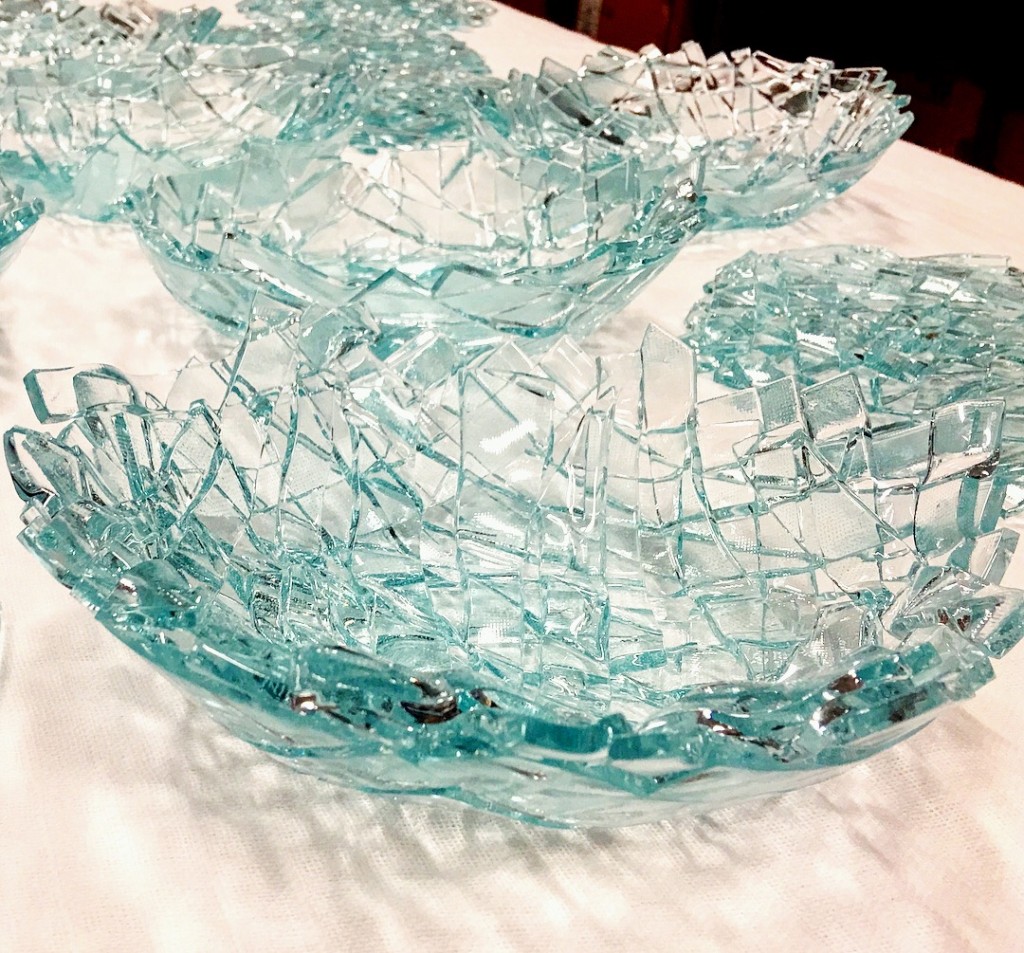 “The nest bowls were the trickiest to make. I think their design is what challenged the production the most. They are made up of lots of cut strips, so there is no solid foundation piece of glass for strength,” says Triggs. “I was only able to make the nests from two of the five types of glass. The other glass just wouldn’t do it.”

“I don’t normally work with found materials in my fusing work. That was unique for me but I wasn’t afraid of it. It was in line with what I normally do,” says Triggs. “I cut the glass by hand and did the finishing work by hand. Doing that, I was able to achieve a finished product that was exactly how I wanted it to be with the quality as best as it could be.”

Triggs says the whole idea of the project was to reuse, recycle and use every bit of glass they brought. The glass they didn’t bring her was recycled in another way.

Her work is currently on sale at the National Aviary for $48 to $500, though Triggs said much of it is already sold out. Each item is signed and numbered.

“This was a very special project. With a major focus on re-use and recycling materials, it’s also about owning a piece of the National Aviary history and Pittsburgh history,” says Triggs. “This project also highlighted working with a local artist and supporting local small business.”

Triggs is the daughter of the late John Triggs, former owner and president of Youghiogheny Opalescent Glass.

4 Responses to From Aviary to Art: A Glass Journey