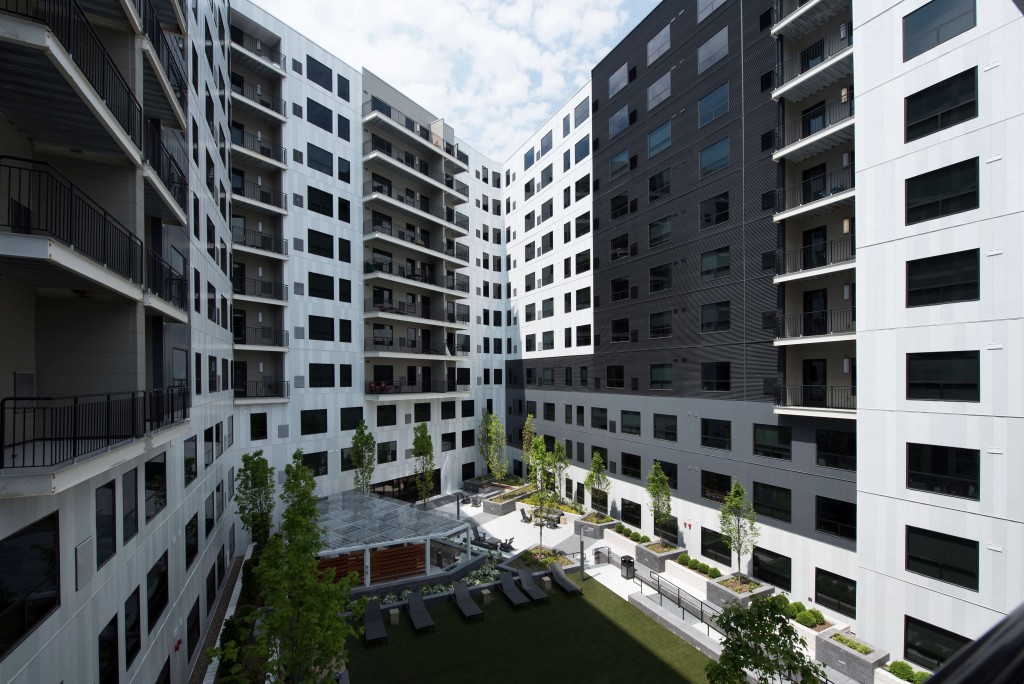 Located in the Oakland district of Pittsburgh and touted as the city’s academic and healthcare center and one of its major cultural areas, the new high-rise SkyVue Apartments offer upscale living. With luxurious, market-rate unfurnished apartments as well as furnished apartments catering to students at three nearby universities, the building totals more than 550,000 square feet.

Architectural design was created by Niles Bolton Associates in Alexandria, Va. Exterior cladding for the 14-story structure originally was planned as aluminum composite material, which was ruled out through value engineering to utilize 100,000 square feet of Petersen’s PAC-CLAD Flush Panels instead. The 24 gauge panels were finished in bone white, stone white and charcoal colors. An additional 13,000 square feet of PAC-CLAD 7/8-inches. Corrugated panels in matte black were included in the design along with 28,000 square feet of 24 gauge sheet used for trim. 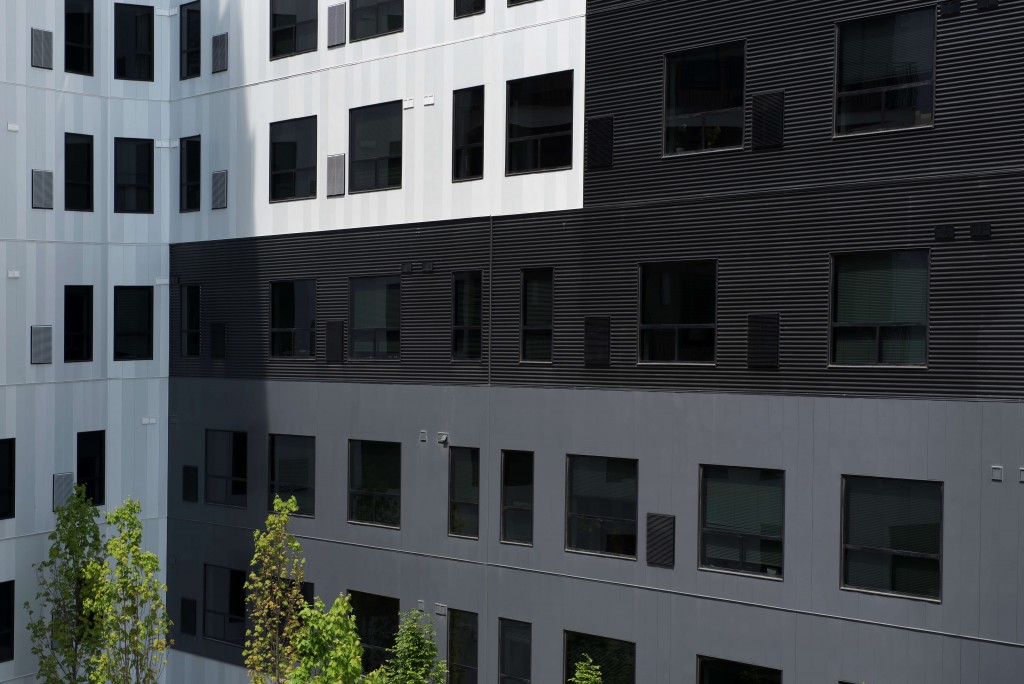 “We specified the Petersen profiles for the modular construction that was planned,” says Nick Hill, project manager for Niles Bolton. “Panelizing is definitely the way to go to avoid issues with the weather. Installing vertically was more challenging than installing them horizontally, but still it was a relatively straightforward job. The matte black corrugated provided a nice accent to the other colors.”

The prefabricated structural system was constructed by Wyatt Inc. in Pittsburgh, after the architect had selected the flush panels. 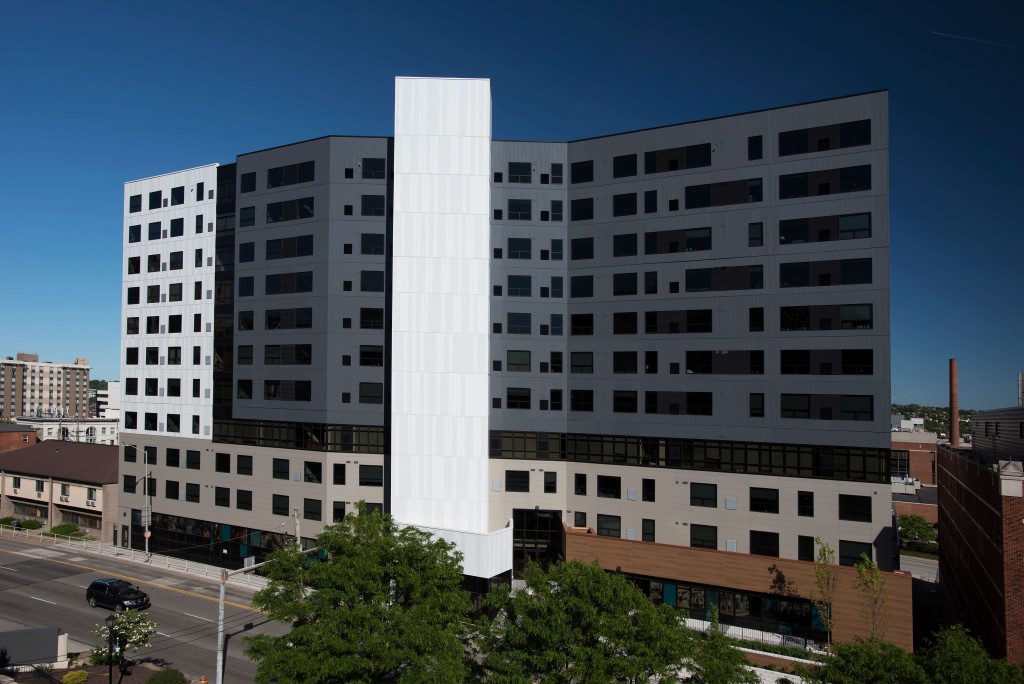 “We were brought in late to the process after the ACM had been value engineered out,” says Jim Barca, operations manager for Wyatt. “We built the whole wall system in the shop and attached the Flush Panels there and then transported the sections to the site. The flush panels were easy to install.”

Barca adds, “We were really under the gun because of the late start, and the guys at Petersen’s nearby Annapolis Junction plant really helped us out. It was a big job that really turned out nice.”

The PAC-CLAD Flush Panels were fabricated at Petersen’s facility in Annapolis Junction, Md.