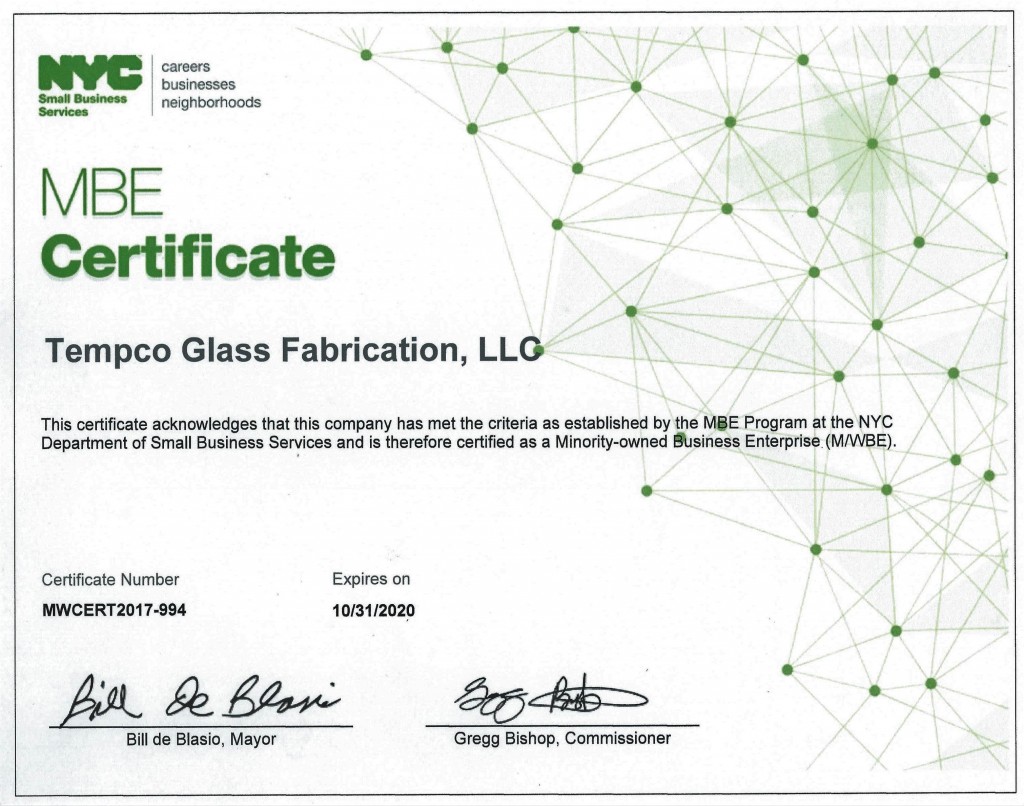 “Tempco Glass just marked its fifth year of operation and is still relatively new to the industry.  The New York City certification along with our New York State MBE certification are important in enabling growing firms such as ours to compete effectively with larger, more established glass suppliers,” says Johnson Chen, general manager for Tempco. “It will also assist our commercial glazier customers in competing for New York City contracts and New York City financed projects.”

To qualify for New York City certification as an MBE, a firm must be more than 50 percent minority owned, in business for at least one year, have demonstrable operations and revenues in the city and geographic market of the surrounding counties and meet other criteria. Tempco’s MBE certification is valid through October 2020 and may be renewed thereafter.

The certificate qualifies minority businesses, such as Tempco, for consideration by developers, builders and subcontractors seeking minority firm involvement in construction projects.