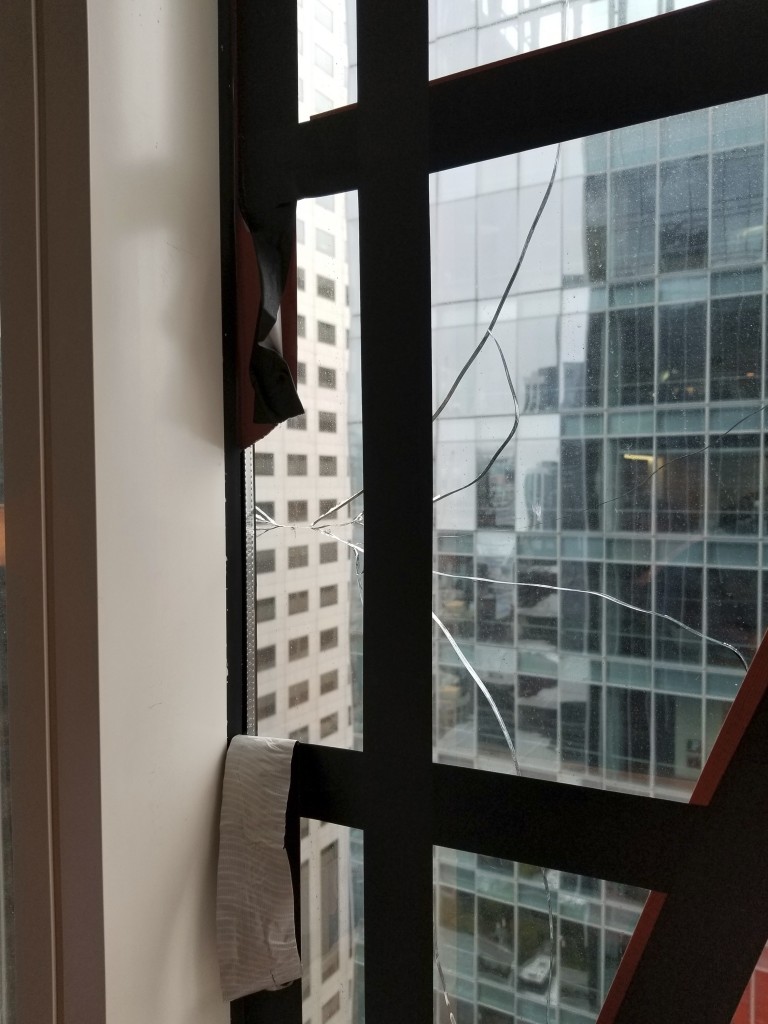 Recently, San Francisco officials demanded that precautions be taken to ensure the safety of the public surrounding the Millennium Tower.

A window on the 36th floor has cracked due to an unknown cause. According to the Associated Press (AP), Ronald Tom, the assistant director of the Department of Building Inspection (DBI), directed Millennium Tower management to inspect all units and install a canopy around the perimeter of the 58-story tilting building by Friday afternoon. He also ordered them to repair a broken crane so that engineers can inspect the cracked window.

AP found that these demands were expressed in a letter to the high rise’s lawyer, and threatened to limit access to the building if the Friday deadline was not met. According to San Francisco Chronicle, the letter added that the DBI office was not alerted of the crack until two days after it was noticed on September 2nd.

“DBI holds building and public safety paramount and are gravely concerned by your lack of immediate action since the cracked glazing issue was brought to your attention, about 10 days ago, on Sept. 2,” the letter stated according to the Chronicle.

AP reports that the tower’s management team and attorneys met with city officials yesterday, and are working to meet the deadline.

“Their entire focus is the safety of its residents and of the public at large,” says Rachel Miller, an attorney for the homeowners’ association, according to AP.

In a statement to the Chronicle, Bill Strawn, spokesperson for the San Francisco Department of Building Inspection, stated that the broken glass does not present “immediate danger” to the public below.

“At this time, we do not know what caused this fracture, though it appears to be limited to this one specific unit,” says Strawn to the Chronicle.

AP found that Tom admitted inspecting all the windows in the building may not be possible by Friday, as there are 419 units in the building, and requires permission from all the home owners. He indicated that he and his team will be flexible if the tower’s management team is willing to work with them.

The Millennium Tower has sunk 18 inches since it opened, according to AP, and was built over a former landfill in 2009. Multiple homeowners have filed lawsuits against the developer and the city, but several reports done by engineers have deemed it safe, according to DBI spokeswoman Lily Madjus in a statement to the Chronicle.

“The building is safe for occupancy. There’s not immediate hazard to property owners, as far as reviews have gone,” says Madjus.