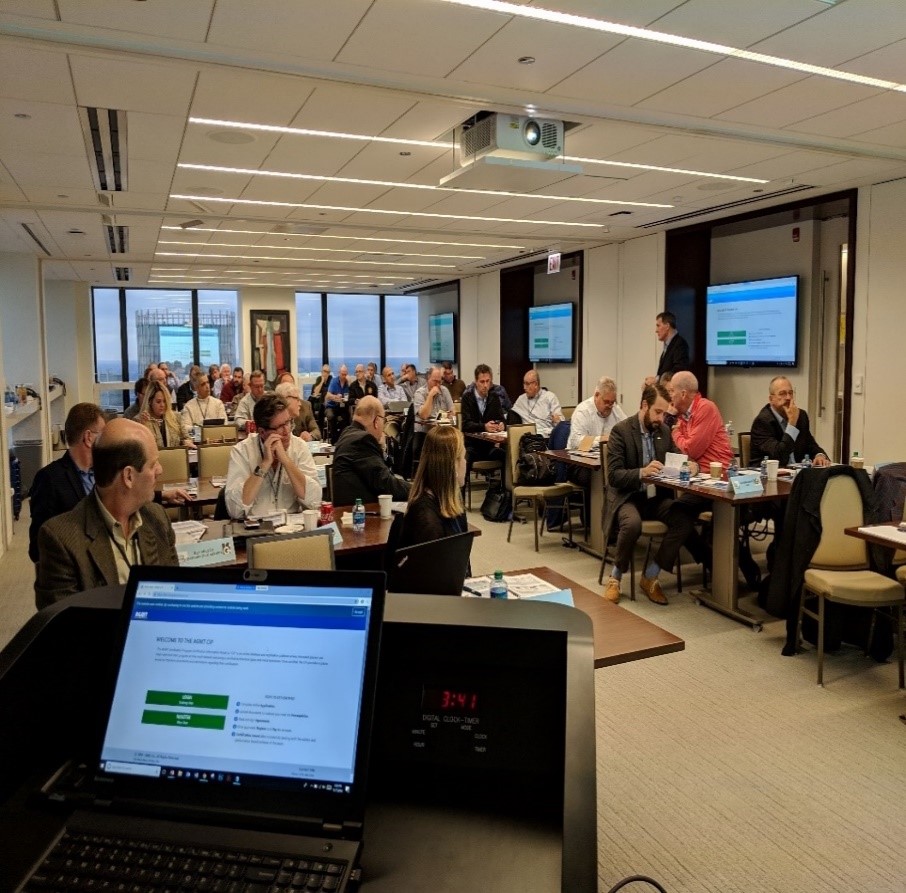 The Architectural Glass and Metal Certification Council (AGMCC) hosted its inaugural meeting in Chicago’s Willis Tower on November 7-8. This event marked the first official congregation of AGMCC’s founding members, board and industry participants. While some attendees reminisced on their initial conversations of the need for a program, others learned about the birth and growth of the initiative over the past four years.

The first AGMCC board was elected and committees were formed for NACC, AGMT and marketing.

Because the NACC program has been implemented for a few years, discussions surrounding promotion and improvements were the focus. The open forum left space for the marketing committee and attendees to bring new ideas to the table. Marketing committee chair, Stephanie Staub, welcomed the industry-wide support.

“The annual meeting provided input from all facets of the industry, so the marketing committee’s efforts are focused on initiatives that address tangible benefits of certification,” she said.

As the AGMT program approaches its final phase of development, a room full of glazing experts helped to fine-tune the program. The AGMT program’s goal is to improve the quality of glazing work by minimizing defects and failures. Working with those who have been in the business for decades provides insight to make the program comprehensive and thorough, according to the organization.

“I am so impressed with the enthusiasm and support that the industry as a whole has, and specifically the members of the AGMT committee have, for making the glazing technician certification program a reality,” said AGMT program manager Ben Beeler.

John Kent, president of AMS Inc., whose company administers the programs, considered the event a success and looks forward to sharing continued progress at the second annual meeting.

“It was a privilege to work with such a group of professionals on a pinnacle project like AGMT and NACC. The monumental setting of the Willis Tower as the venue was a perfect backdrop for this inaugural meeting of the group,” he said. “The group worked effectively to accomplish all that was needed and move the process forward. All is on track for both NACC and AGMT.”