The glass and glazing industry is undergoing major changes, which were discussed in educational seminars at Glass Expo Midwest™ (GEMS) ʼ18 in Indianapolis last week. 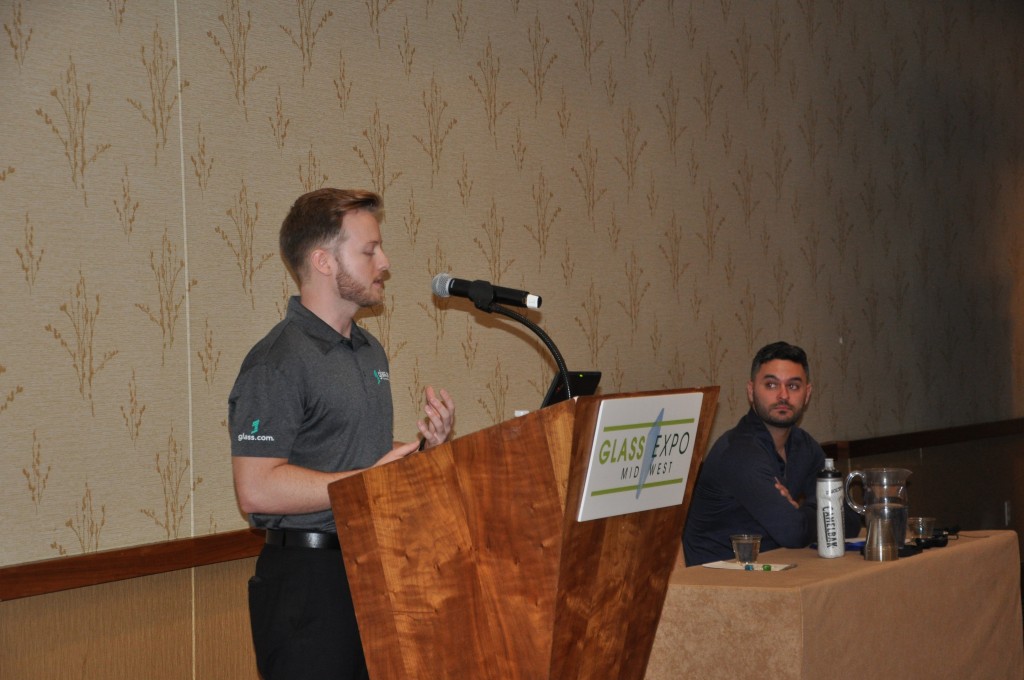 Seminars on Thursday afternoon provided tips on how to hire and sell to millennials from Glass.com® manager Daniel Snow and Casey Flores, account executive for Key Media & Research, parent company of USGlass magazine. Flores advised attendees to go where millennials are when looking to hire them, such as career fairs or popular job posting site Indeed.com. Snow said that social media interactions can help sell to millennials, who are likely to leave reviews for companies they value. However, he emphasized that millennials don’t like to be sold to, so more subtle or creative approaches are needed. 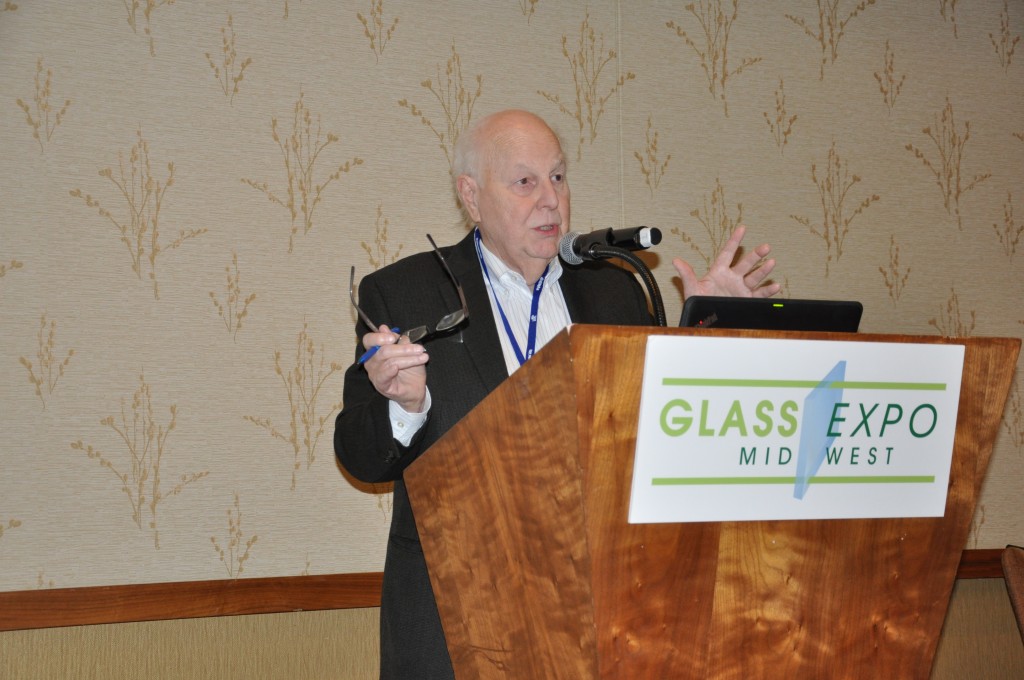 Hill pointed out that there is a major influx of foreign manufacturers into the U.S., including European companies. Arian said that three big construction markets are showing growth potential globally: China, India and the U.S.

“If you’re a global company, where would you want to do business?” he asked the crowd.

Arian said that the U.S. is far behind other global companies that show a correlation between revenue potential and technology adaptation.

They compared the U.S. to Germany. The U.S. has a higher cost of labor, lower fabrication capacity, bigger company sizes, fewer equipment, lower engineering capacity and much lower qualified personnel.

Hill and Arian also predict that major disruption could come to the industry, just as Über’s business model changed the taxi industry by finding the shortest path between demand and supply. They said that developers could begin working with suppliers directly to purchase products so that subcontractors such as glazing contractors can’t sell products with an additional mark-up on larger jobs. They advised glazing contractors to become closer to the developer than simply focusing on the general contractor because the developer is the one making the decisions. Arian described the general contractors of today as often consultants to the owners rather than having a self-performing aspect.

The duo also said it wouldn’t be farfetched for companies such as Home Depot to sell standardized storefront, flipping the current supply chain around.

Paul Düffer, an authority on glass and glass cleaning who retired from PPG Industries’ research and development department, rounded out Thursday’s sessions with a seminar called “Challenges to Successful Cleaning & Maintenance of Glass Surfaces.” He gave best practices for cleaning and maintaining glass, which can be damaged by corrosion, concrete runoff, hard water deposits, storage issues and even construction-related debris. 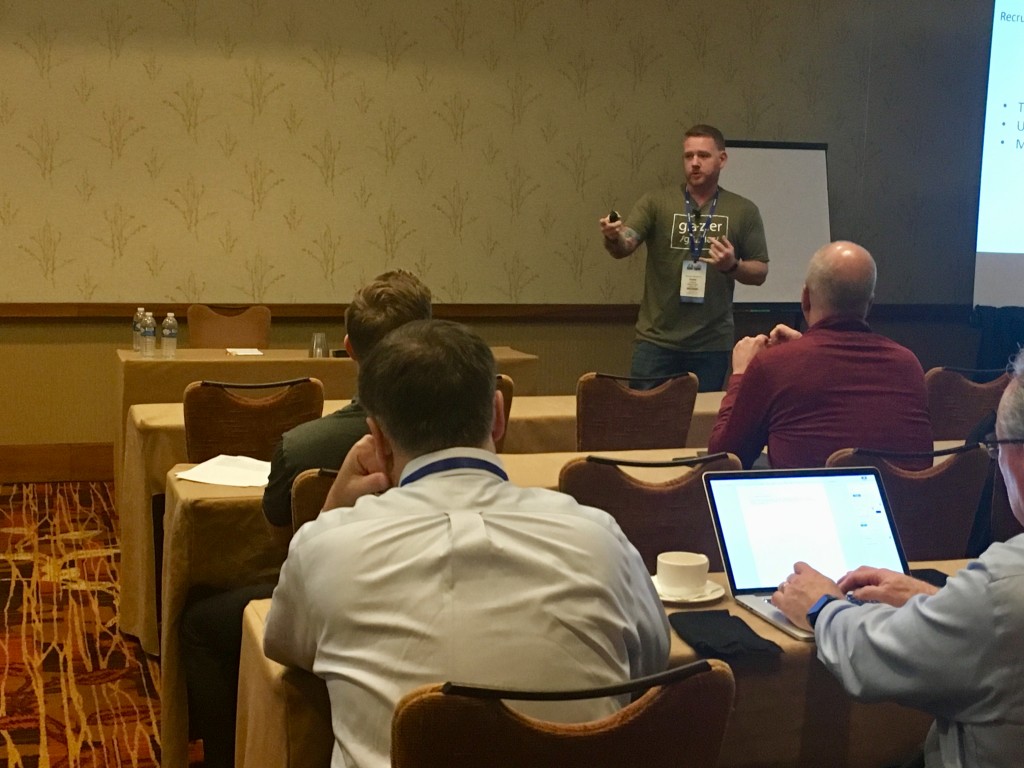 Dustin Anderson, owner of Anderson Glass in Waco, Texas, suggests that companies be perpetually hiring so they are ready if an employee leaves suddenly.

Dustin Anderson, owner of Anderson Glass in Waco, Texas, and the glass guy on HGTV’s “Fixer Upper,” also spoke about how to hire millennials and other employees to beat the labor shortage.

He suggested that companies meet millennials where they hang out, such as career days, to set the pace for “how cool” the glass industry is. Anderson said it’s important to create a culture around the trade.

Another strategy he uses is the “perpetual hiring strategy.” Anderson said that constantly interviewing means that a company can easily replace a worker who leaves unexpectedly.

Another tip is to allow employees to make an impact through community involvement. Sharing project photos online lets employees feel valued, but also gives them an opportunity to share that content across social media, which advertises a company.

Anderson’s final point for glaziers is that it’s important for companies to share their best practices with others in the industry.

“Choose the industry over your brand,” he said. “If there’s no glass industry, there’s no job.” 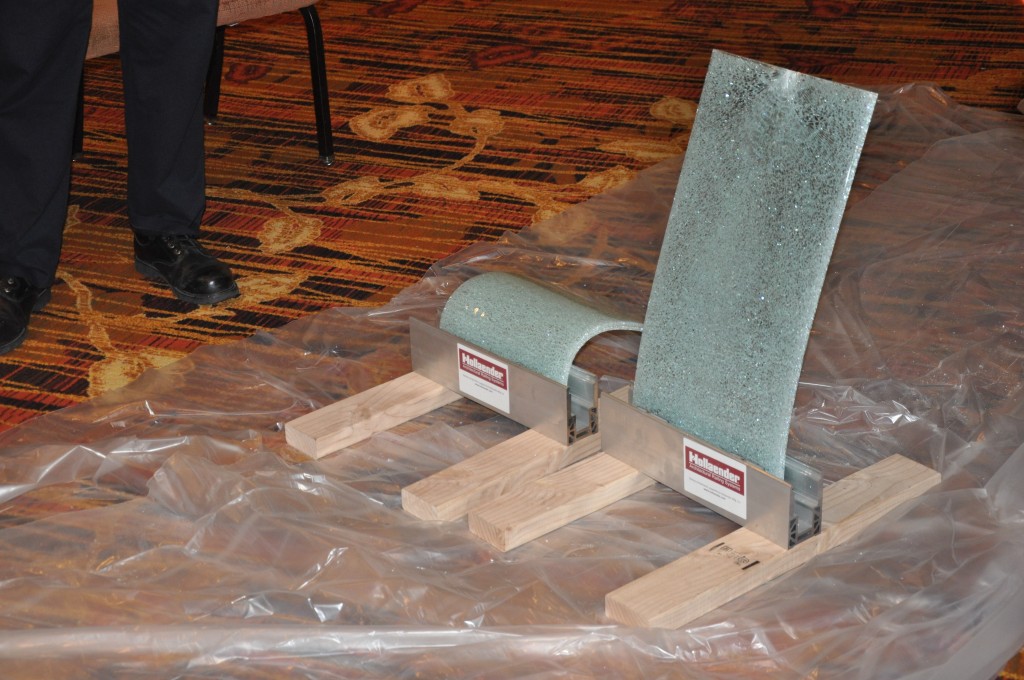 After the building code was updated, fully tempered glass was removed, leaving only the two laminated options. The exception is if there is no walking surface beneath the railing or the surface is protected from the risk of falling glass.

Jacobson explained that one of the major differences between PVB and ionoplast laminates is that PVB has a tendency to retain moisture, becoming cloudy around the open edges of railings, whereas ionoplast does not retain moisture.

Jacobson demonstrated their strength by having an attendee smash laminated glass.

Body language expert Janine Driver finished the educational program with her keynote, “You Say More Than You Think.” Driver gave attendees insights into how body language is often perceived, and how to use that knowledge to influence others, negotiate and even read others. The interactive session was a big hit among attendees.

Those who missed Glass Expo Midwest™ ʼ18 can register for Glass Expo Rocky Mountain™ ’19, which is headed to the Hyatt Regency Aurora-Denver Conference Center in Aurora, Colo. (suburban Denver), January 24-25, 2019. Click here to visit the event website.